Harry (Fred) Lynch – Mitchell
Harry (Fred) Lynch, 81, of Mitchell, passed away Thursday at his residence.
Funeral service will be at 3 p.m. Sunday in the Memorial Chapel of Chastain Funeral Home & Cremation Center. Burial will be in Mitchell Cemetery. Friends may call from 1 p.m. until the service on Sunday at the funeral home.
Larry Keith “Peach” Sowders – Solsberry 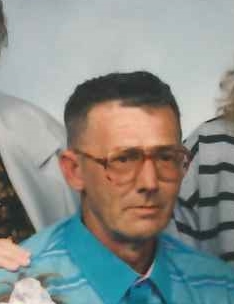 April 1, 1945 – September 27, 2017
Larry Keith “Peach” Sowders, 72, of Solsberry, died at 12:06 a.m. on Wednesday, September 27, 2017 at I.U. Health Bloomington Hospital.
Born April 1, 1945 in Lawrence Co., he was the son of James Arnold and Violet (Meadows) Sowders. He married Virginia Ray on December 6, 1969 and she preceded him in death on May 18, 2015. He was a semi-truck driver for Greene Co. Pallets and a veteran of the U.S. Army. He was a member of the Solsberry United Methodist Church.
Survivors include two daughters, Cindie Tanksley and Vince, of Mitchell, Dawn Arney, of Solsberry; five grandchildren, Danielle Tanksley, Darron Tanksley, and Derika Tanksley, all of Mitchell, Marissa Arney, and Gavin Arney, both of Solsberry; one great granddaughter, Kennlyn Jae Baker; a brother, Mike Sowders and Vicki, of Heltonville; a sister, Nancy Davis and husband, Mark, of Medora; several nieces and nephews.
He was preceded in death by his parents, his wife, a brother, Terry Sowders; one niece and one nephew.
Funeral services will be conducted at 10 a.m. on Monday, October 2 nd in the Elmwood Chapel of the Day & Carter Mortuary with Pastor Matt Whitaker officiating. Burial will follow in the Solsberry Cemetery where military rites will be accorded. Visitation will be from 1 p.m. until 6 p.m. on Sunday, October 1st at the Day & Carter Mortuary.
Family and friends may express condolences at www.daycarter.com.