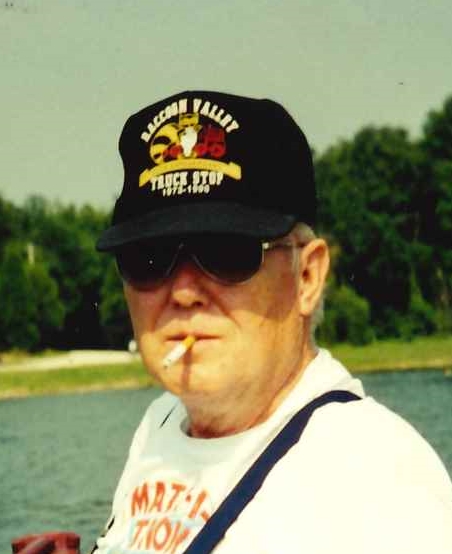 October 15, 1940 – September 6, 2017
James Lee Tincher, 76, of Shoals, died at 5:46 a.m. on Wednesday, September 6, 2017 at St. Vincent Dunn Hospital.
Born October 15, 1940, in Mitchell, he was the son of Raymond and Mary (Baldwin) Tincher. He married Diane Hardin on March 9, 1973 and she survives. He was a truck driver for Mitchell Transport and attended Singing Hill Church in Shoals.
Survivors include his wife, Diane Tincher, of Shoals; two sons, Jimmy Eugene Tincher, of Shoals and Robert Lee Tincher and wife, April, of French Lick; a grandson, Ryan Tincher and a granddaughter, Kaitlyn Tincher; a brother, Donald Tincher, and wife, Ivey, of Shoals.
He was preceded in death by his parents, two brothers, Robert and Raymond Tincher and a sister, Lovey Cook.
Graveside services will be conducted at 1 p.m. on Monday, September 11th at the Georgia Cemetery. Burial will follow. Visitation will be from 9 a.m. until 12:00 noon on Monday, September 11th at the Day & Carter Mortuary.
The family asks that friends consider contributions be made to the family.
Family and friends may express condolences at www.daycarter.com.
Katie Lavere Deckard – Bedford

September 20, 1940 – September 5, 2017
Katie Lavere Deckard, 76, of Bedford, died at 11 a.m. on Tuesday, September 5, 2017 at her residence.
Born September 20, 1940, in Lawrence Co., she was the daughter of Homer and Lucille (Flynn) Mayden. She married Jerry D. Deckard on January 20, 1968 and he died on June 16, 2013. She was a veteran of the U.S. Army and an assembly worker at Visteon.
Survivors include a daughter, Jennifer Nikirk and husband, Chad, of Bedford; a son, Chris Deckard and wife, Misty, of Bedford; three grandchildren, Kayla Deckard, Sydney Deckard and Chase Nikirk; a great grandchild, Eliana Amstutz; two sisters, Treva Mayden Baker, of Bedford and Helen Mayden Lynch and husband, Fred, of Mitchell; a brother, Hank Mayden and wife, Susan, of Bedford; a brother-in- law, James Deckard and wife, Roanna, of Bedford.
She was preceded in death by her parents, her husband, two sisters, Becky (Mayden) Stone and Mary Evelen (Mayden) Hollar.
Funeral services will be conducted at 10 a.m. on Saturday, September 9th in the Elmwood Chapel of the Day & Carter Mortuary with Shawn Green officiating. Burial will follow in Kinser Cemetery. Visitation will be from 4 p.m. until to 8 p.m. on Friday, September 8th at the Day & Carter Mortuary.
The family asks that friends consider memorial contributions be made to the White River Humane Society.
Family and friends may express condolences at www.daycarter.com.
Martha L. Davis – Bedford 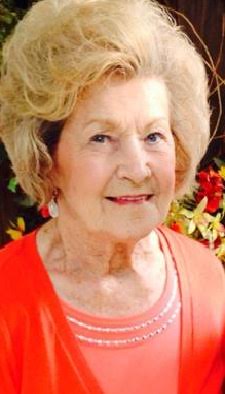 July 20, 1933–September 5, 2017
Martha L. Davis, of Bedford, died Tuesday, September 5, 2017 at Indiana University Hospital in Indianapolis surrounded by her loved ones.
Born July 20, 1933 in Heltonville, she was the daughter of Leslie and Helen (Sturrock) Fleetwood and one of 14 children. She grew up in Heltonville and was a graduate of Heltonville High School. She married Wallace Ray Adams on August 5, 1955 and he preceded her in death on July 21, 1971. She later married William R. Davis and he died October 10, 2009.
Martha was one amazing woman with a servant’s heart. Back in the 1980s, she was elected as the first female President of the Thornton Memorial Boys Club in Bedford. She was a hard worker and believed in getting to work early and staying until the task was completed. Her outstanding work ethic was often noticed by her employers over the years at RCA, Triangle & Leahy, and HFI Mechanical in Bloomington where she worked until her passing. Martha worked at HFI for 23 years, doing billing for the company’s commercial department. In fact, she tried to retire from HFI a few times, but she loved the people and the work too much to completely retire, so she went to three days a week this past March. Martha also successfully attained her realtor’s license and worked for Jay Donaldson Real Estate over the course of her work career.
She was passionate about her work, but she was even more passionate about her family. She loved them with everything in her. She was especially proud of her granddaughters, Abby and Ally. They were the center of her world. Martha was known by her immediate family as the best euchre player ever. Everyone wanted to be Nana’s euchre partner–she was just that good.
She was a beautiful, classy lady and an amazing daughter, sister, wife, mother, Nana, and friend. A long-time member of Hillcrest Christian Church in Bedford, Martha loved her Lord Jesus Christ and enjoyed serving in the church.
Survivors include a son, Jeff Adams and wife, Michelle (Missy) Medlock Adams of Bedford; two granddaughters, Abby Pace and husband, Micah and their son, Bear, of Lexington, KY, and Allyson Hovious and husband, Wesley, of Greenwood; three brothers, Ray, Rex and Kevin Fleetwood; and three sisters, Rickie Anderson, Tammy Reuter and Louise Meadows.
She was preceded in death by her parents, both husbands, six brothers, Everett Dean, Bob, Raymond Willard, Ronnie, Charles Edwin, and Edward Dale Fleetwood; and one sister, Betty Jean Fleetwood.
Funeral services will be conducted at 1 p.m. on Friday, September 8th in the Elmwood Chapel of the Day & Carter Mortuary with Pastor Mark Fugate officiating. Burial will follow in Cresthaven Memory Gardens. Visitation will be from 4 to 8 p.m. on Thursday, September 7th at the Day & Carter Mortuary.
Family and friends may express condolences at www.daycarter.com online.