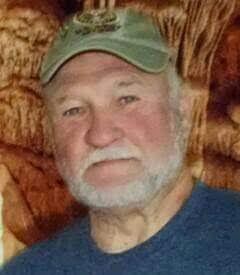 August 16, 1946 – July 3, 2017
Dale L. “Butch” Hall, 70, of Bedford, died at 7:13 p.m. on Monday, July 3, 2017 at St. Vincent Dunn Hospital.
Born August 16, 1946 in Lawrence Co., he was the son of Floyd F. Schulte and Elizabeth O. (Stancombe) Hall. He married Debra K. Carmichael on March 18, 1983 and she survives. He retired as a senior electronic technician at NSA Crane. He was a member of the Leesville United Methodist Church where he served as trustee. He was a veteran of the U.S. Army, and U.S. Airforce serving during the Vietnam War.
Survivors include his wife, Debra, of Bedford; three sons, Daniel Lee Hall and wife Dawn M., of Norman, Joseph Martin Hall and wife Nechole, of Leesville and Joshua Carmichael Hall and wife Natasha, of Leesville; seven grandchildren, Levi, Luke and Mady Hall, all of Martinsville, Jacob and Autumn Hall, of Leesville, Nala and Indie Hall of Leesville, and two step grandchildren, Emma York and Luke Martin. of Norman; a brother, Junior Schulte of WV.
He was preceded in death by his parents.
Funeral services will be conducted at 3 p.m. on Saturday, July 8th at the Leesville United Methodist Church with Pastor George Browning and Pastor Rob Kirts officiating. Visitation will be from 11 a.m. until the hour of service on Saturday, July 8th at the church where military rites will be accorded by members of Gillen Post #33 American Legion.
The family asks that friends consider memorial contributions be made to the American Heart Assoc.
Family and friends may express condolences at www.daycarter.com.