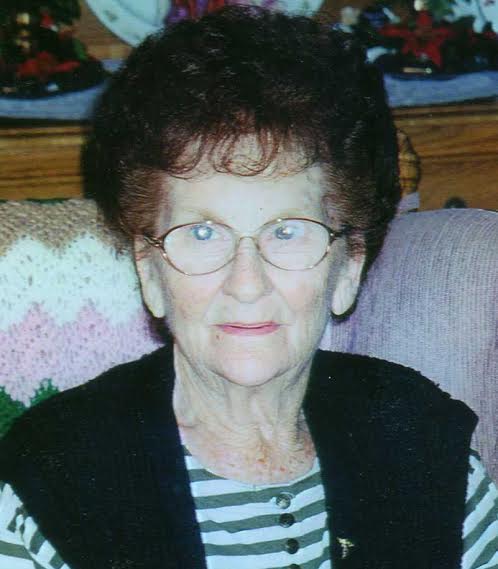 September 2, 1924 – May 18, 2017
Naomi R. Norman, 92, of Bedford, passed away on Thursday, May 18, 2017 at Golden Living Center in Bloomington.
Born September 2, 1924, in Bloomington, IN; she was the daughter of Robert Turner and Radie Kathleen (Bartlett) Turner. She married Harold Norman on November 1, 1941; and he preceded her in death on August 2, 2004. Naomi was a graduate of Heltonville High School. She was a member of the Meadows Church of God. She had managed Thrift Dollar Store, in Bedford.
Surviving are two sons, Donnie (Seigrid) Norman, of Arizona, and Alan (Linda) Norman, of Bedford; seven grandchildren, Gary Norman, Kelly (Justin) Rogers, Lisa (Brian) Eagans, Travis (Kristin) Norman, Tevin (Jamie) Norman, Meg Ann (Cody) Harrington, and Mary Ellen (Michael) Endris; fifteen great-grandchildren; one sister, Anna Mae Briscoe, of Mitchell; and one brother, Robert Turner, of Kentucky.
She was preceded in death by her parents; husband; one sister, Dorothy Norman; and one brother, Richard Turner.
Funeral service will be at 11 a.m. on Saturday, May 20, 2017 at the Ferguson-Lee Chapel of Thorne-George Family Funeral Homes, with Dirus Dustin officiating. Burial will be in Meadows Cemetery. Visitation will be 9 a.m. until 11 a.m. Saturday at the funeral chapel.
Online condolences may be sent to the family at www.fergusonlee.com.
Kenneth E. Speer, Jr. – Mitchell
September 18, 1955 – May 17, 2017
Kenneth E. Speer, Jr., 61, of Mitchell, went on to his reward in heaven at 7:46 p.m. on Wednesday, May 17, 2017 at I.U. Health Hospice House in Bloomington.
His wife, children, parents and siblings never left his side as his battles of this life yielded to the mercy of our God.
Born September 18, 1955 in Bedford, he was the son of Kenneth E. and Betty Jewelann (Ray) Speer. He married Cathy Jones on January 12, 1974 and she survives. He was a limestone draftsman at Evans Limestone Co. in Bedford for thirty-plus years. He was a member of Tabernacle of Praise where he ran the Apologetic Ministries. He was the founder of Concerts for Christ, Luke 4:18 Ministries and conducted a door to door ministry for twenty years. He was author of “Everything You Never Wanted to Know About Witnessing and Were Even Afraid to Ask”. Ken’s work in this life was to his ministry, teaching anyone who would listen about the true nature of our God so that the confusion of religion would not keep us from our own reward in Heaven.
Survivors include his wife, Cathy, of Mitchell; their children, Jason Speer and wife, Jennifer, of Bloomington, Jennifer Forster and husband, Jeremiah, of Madison Lake, MN, Darren Speer and wife, Erin, of Springville; ten grandchildren, Aenea-Rose, Novalee, Keaton, Josiah, Levi, Avery, Karis-Kay, Rocky, Miah-Mae, and Emma; his parents, Kenneth and Betty, of Oolitic; two brothers, Tracy Speer and wife, Vicky, of Owensburg, Marty Speer and wife, Terri, of Oolitic; a sister, Julie Miley and husband, James, of Orlando, FL.
Ken joins his brother, Ricky Nolan and his last wish in life was glory be to God.
Memorial services will be conducted at 6 p.m. on Tuesday, May 23rd at Tabernacle of Praise with Pastor Gary Thomas, Bro. Marty Speer and Bro. Jim McDowell officiating. Following the service the family invites friends to stay for dinner and fireworks celebration. Visitation will be from 4 p.m. until 8 p.m. on Monday, May 22nd at Tabernacle of Praise.
The family asks that friends consider memorial contributions be made to Tabernacle of Praise Apologetic Ministries.
Family and friends may express condolences at www.daycarter.com.
Rose Ellen Pruett – Bedford 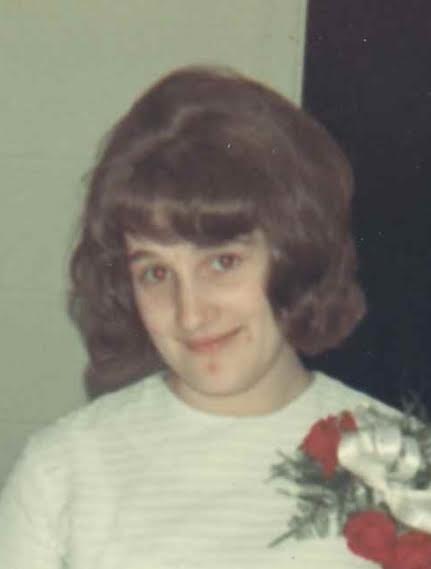 July 10, 1948 – May 17, 2017
Rose Ellen Pruett, 68, of Bedford, died at 6:22 a.m. on Wednesday, May 17, 2017 at I.U. Health Bloomington Hospital.
Born July 10, 1948, in Bedford, she was the daughter of James Harold and Mary Frances (Pannell) Way. She married Edward M. Pruett on July 22, 1966 and he survives. She retired from Circle K Store and was a member of the Eagles Aerie #654 and the Moose Lodge #689 of Bedford.
Survivors include her husband, Edward M.; a son, Edward M. Pruett, Jr.; a daughter, Lesley D. Sanders, all of Bedford; four grandchildren, Aaron Sanders, Holly Sanders, Brittany Lewis and husband, Tyler, and Corey Pruett; five great grandchildren, Gage, Gavyn, Mason, Kaiden, and Owen; a sister, Ina Mack and husband, Dale, of Bedford; two brothers, James Way and wife, Brenda, of Bedford and Mark Steven Way.
She was preceded in death by her parents, and two sisters, Marcia Blanton and Betty Davis.
Funeral services will be conducted at 10 a.m. on Saturday, May 20th in the Elmwood Chapel of the Day & Carter Mortuary with Rev. Curtis Pruett officiating. Burial will follow in Pinhook Cemetery. Visitation will be from 4 p.m. to 8 p.m. on Friday, May 19th . There will be a Moose service will be conducted at 7 p.m. and from 9 a.m. until the hour of service on Saturday, May 20th at the Day & Carter Mortuary.
Family and friends may express condolences at www.daycarter.com.