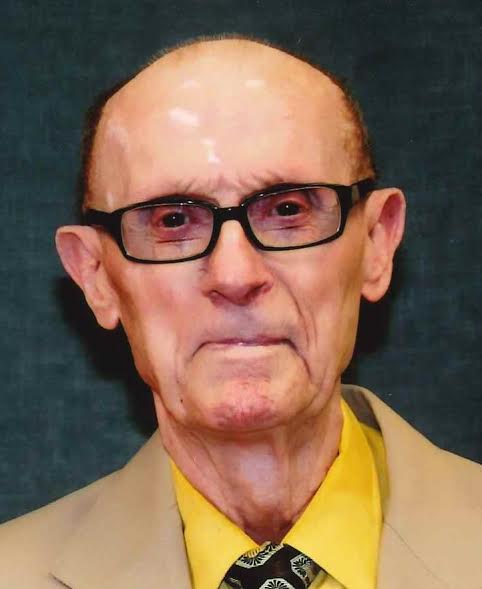 October 7, 1921 – January 26, 2017
Paul Shipman, 95, of Bedford, died at 6:45 pm on Thursday, January 26, 2017 at his residence.
Born October 7, 1921 in Shoals, he was the son of Ottis and Etta (Richison) Shipman. He married Lois Chastain on July 26, 1947 at the home of Bro. Loren Raines, in Bedford, IN. He joined the U.S. Air Force in 1942 and served in England as a Fighter Plane Mechanic with the 56th Fighter Group. He was discharged in October 1945. He worked at many different places and retired in 1983 from the City of Bedford’s Filtration Plant, after serving as operator for 14 years. Paul and his wife, Lois spent 17 winters in Florida after his retirement. For many years he sung with a gospel quartet, the first one being “The Circuit Riders” and later on with the “Heralds”, making a record with this group in 1983. He was a member of the Church of Christ and attended the Central Church of Christ in Bedford.
Survivors include his wife, Lois, of Bedford; a son-in- law, Walter Lee Nation, of Bedford; a granddaughter, Mikki MacDonald and husband, Victor, of Indianapolis; a grandson, Jeremy Nation and wife, Rebecca Swanson, of Bloomington; five great grandchildren, Teddy, Suzy, Jeffery, Clark, and Penelope Jo; several nieces and nephews; a claimed daughter, Kelly Dunn and husband, Greg and their son, Garrison, of Bedford.
He was preceded in death by his parents, a daughter, Terrilou Shipman Nation; three sisters, Wilma Sanford and Naomi Howell and one in infancy; two brothers, Knofel and Dale Shipman.
Funeral services will be conducted at 2 p.m. on Monday, January 30th in the Elmwood Chapel of the Day & Carter Mortuary with Bro. Rick Leach officiating. Burial will follow in Cresthaven Memory Gardens. Visitation will be from Noon until the hour of service on Monday, January 30th at the Day & Carter Mortuary.
The family asks that friends consider memorial contributions be made to the Scholarship Fund of Mitchell High School.
Family and friends may express condolences at www.daycarter.com.
Wanda L. Williams – Mitchell 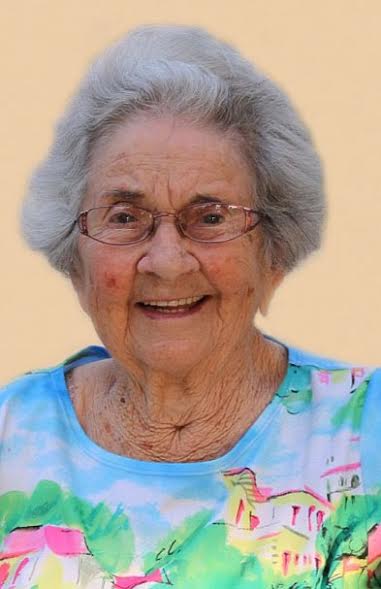 Wanda L. Williams, 94 years and 11 months, of Mitchell, passed away at 3:05 p.m. Thursday, January 26, 2017, at Hendricks Regional Hospital in Danville.
Born February 22, 1922 in Jonesville (Lee County), Virginia, she was the daughter of Joe Sephus and Myrtle Elizabeth (Yeary) Hedrick. Wanda was the last living sibling of nine. She married her high school sweetheart James I. Williams January 31, 1945, and he preceded her in death November 21, 2011. They lived in Bristol, TN prior to moving to Mitchell, IN. She was a Mitchell resident for 65 years. She was a homemaker well known for her homemade yeast rolls, banana pudding, German Chocolate Cake, and chicken salad. She enjoyed her flowers and gardening. She was active in the Jolly Sams camping club with Jim and a member of the Jacob Finger United Methodist Church.
Wanda will be remembered by her daughter, Patsy (Ed) Porter of Avon. She will also be remembered by her grandchildren, Cathy Porter (Kenny Fish), Cheri (Joe) Carver, Mandi (Nick) Ayers, and great grandchildren Ashlynn (Shawn) Farnsworth, Jessica Rakosky, Allyson Carver, Kylie Fish, and sister-in- law Ruth Gibson. She was blessed with many nieces, nephews, and close friends.
Her parents; eight siblings; husband; and son, James I. Williams, Jr., preceded her in death.
Funeral service will be at 2 p.m. Monday, January 30, in the Jacob Finger United Methodist Church with Reverend Brenda Lee Ludwig and Reverend Eric Kersey officiating. Burial will be in Mitchell Cemetery. Friends may call from 11 a.m. until the service on Monday at the church.
Memorial Gifts: Jacob Finger United Methodist Church.
Condolences may be sent to the family at www.chastainfuneralhome.com