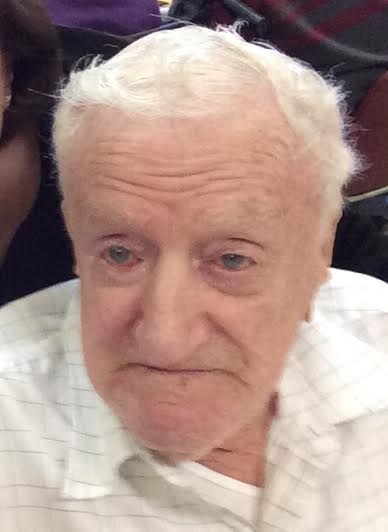 September 24, 1927 – February 28, 2016
Howard Wayne (Tim) Ford, 88, Bedford, passed away at Glenburn Home in Linton, Sunday, February 28, 2016.
There will be a private graveside gathering later in the summer. No calling hours are scheduled. Arrangements are under the direction of the Day & Carter Mortuary.
Tim, as his family and close friends knew him, was born September 24, 1927 in Bedford, Indiana, to Henry and Lena (Williams) Ford. He lived most of his life in Bedford but traveled to England and Africa in the service.
He married Margaret Evelyn Watts of Sumter, S.C., March 31, 1951 and she preceded him in death in May 24, 2004. Tim married Mary E. Wright of Bedford, December 30, 2004 and she preceded him in death in January 28, 2013.
Tim served in the Air Force during the Korean War as an airplane mechanic. After his service, he ran his own business and then worked in retail grocery at Louden’s in Bedford and Jay-C throughout southern Indiana. He worked 30+ years with the Bedford Street Department until retirement. As he rode around in one of their trucks, he never met a person he wouldn’t talk to. Tim was a member of Grace United Methodist Church in Bedford.
Tim is survived by his trusted pup, Scooter; two daughters, Dr. Lea Ann Camp and husband Rev. Melvin Camp of Terre Haute; Dr. Lisa Ford-Brown and husband Bruce Brown of Columbia, MO; two granddaughters, Jenna Camp and significant other Bhavin Mehta of St. Louis, MO; Elizabeth (Beth) Camp of Terre Haute; two Stepchildren, Vernon Wright and wife Rebecca of Bedford; Wenonah Banks and husband Ronald of Bedford; four step-grandchildren Michelle Cain (Jason); Brandon Wright (Brandi); Theron Wright (Debbie); Bradley Wright (Kristie) of the Bedford area; nine great-grandchildren; and numerous friends over the years.
He was preceded in death by his parents and one stepson, Steven Wright.
Memorial contributions may be made to Glenburn Home Linton IN, for the Ford Project Fund or think of him when you play your next game of Euchre or Uno–two games that always brought out his spirited side and amazing laugh.
Michael Owen Ranstead – Bedford 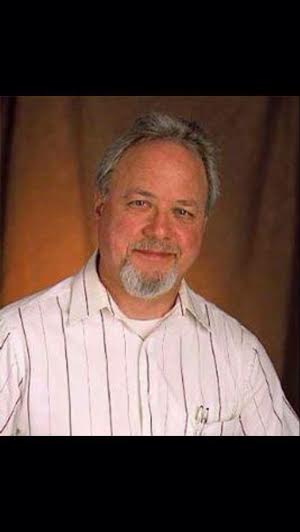 August 8, 1945 – February 27, 2016
Michael Owen Ranstead, 70, of Bedford, died Saturday, February 27, 2016 at home following a three year hard fought battle with cancer.
Michael was born August 8, 1945 in Fort Riley, Kansas, the son of Miriam and Dr. Owen Ranstead. He married Nancy A. Solomon on February 14, 1986 and she survives. He graduated from Butler University in Indianapolis and later earned his Master’s Degree from Indiana Wesleyan College in Marion, Indiana. He was employed at Jenn-Air in Indianapolis for twenty-seven years. He retired after fourteen years of service from Cook in Bloomington. He owned My Accountant Tax Service from 1997 until 2015. He was a veteran of the Vietnam War.
Survivors include his wife, Nancy, of Bedford; a son, Ethan Solomon, of Indianapolis; a daughter and granddaughter, Tiffany and Hadley Solomon, of Bedford; two brothers, Matthew Ranstead and wife, Eileen, of Hoschton, GA and Martin Ranstead and wife, Annie, of Martinville, LA; one niece and three nephews.
He was prececed in death by his parents and a brother, Myles (in infancy).
Services to be private.
He was a member of the White River Humane Society. The family requests that friends consider memorial contributions be made to the humane society or the American Cancer Society.
Family and friends may express condolences at www.daycarter.com.
Stephen W. Hoffman
July 29, 1950 – February 27, 2016
Stephen W. Hoffman, of Shoals, passed away on Saturday morning, February 27, 2016 at the Daviess Community Hospital in Washington.
Born on July 29, 1950 in Daviess County, Indiana, he was the son of the late Herbert J and Marie Margaret (Swindt) Hoffman. He married Leafy L. Bixler on December 14, 1969 in Bedford, Indiana at the Calvary Lutheran Church. Stephen graduated from Bedford High School and was employed by United States Gypsum and later National Gypsum. He also worked at Perfect Fit Industries in Loogootee. Stephen attended Calvary Lutheran Church in Bedford and St. John’s Lutheran Church in Loogootee.
He is survived by his wife Leafy, of Shoals; two daughters Lenora Dianne and her husband David Craft II, of Shoals, Donel A. and her husband Terry Hovis, of Columbus; five grandchildren, Stephanie Craft, Sara Craft, Dana Hovis, Abigail Hovis; two sisters Wilma and her husband William Wampler, Mary and her husband David Fulford all of Bloomington.
He is preceded in death by his parents, two brothers Donald and James Hoffman.
Visitation will be from 11 a.m. until the hour of service at 2 .m. on Wednesday, March 2, 2016 at the Queen Lee Funeral Home in Shoals. Burial will follow in Spring Hill Cemetery.
Condolences may be made online to the family at www.queenlee.com