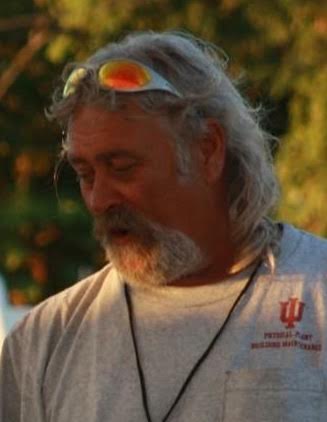 January 21, 1954 – November 23, 2015
Stephen Borden, 61, of Bedford, died at 8:30 p.m. on Monday, November 23, 2015 at I.U. Health Hospice House.
Born January 21, 1954 in Bedford, he was the son of Harry Cecil and Dorothy (Cunningham) Borden. He married Judy Collins on August 15, 1972 and she survives. He retired from Indiana University. He was of the Apostolic faith, a member of the Blackwell Pentecostal Church and ABATE. He was a foster father for many years who cared for each child as if they were his own.
Survivors include his wife, Judy, of Bedford; his mother, Dorothy Borden, of Bedford; two daughters, Michelle Stigall and husband, J.R., Holly Borden and fiance, Darrin Banks, all of Bedford; two sons, Jimmy Borden and Daniel Brown; six grandchildren, Bethany, Skylar, Eli, Chelsey, Austin and Ariana; three great grandchildren, Gabriela, Andres and Adrian and one expected in May; a sister, DeAnna Pineira and husband, Jack, of Bedford; a brother, Greg Borden of Conway, Arkansas; several nieces and nephews.
He was preceded in death by his father, Harry; two brothers, James and Troy Borden.
Funeral services will be conducted at 11 a.m. on Saturday, November 28th in the Elmwood Chapel of the Day & Carter Mortuary with Brack Whittaker officiating. Burial will follow in Dive Cemetery. Visitation will be from 4 p.m. to 8 p.m. on Friday, November 27th at the Day & Carter Mortuary.
Family and friends may express condolences at www.daycarter.com.