Minnie Lucille Bundy – Heltonville
April 29, 1930 – October 10, 2015
Minnie Lucille Bundy, 85, of Heltonville, died at 5 p.m. on Saturday, October 10, 2015 at Garden Villa in Bedford.
Born April 29, 1930 in Spokane, WA, she was the daughter of Ray and Hazel (Dilly) Welsh. She married Vernon D. Bundy on May 15, 1948 and he preceded her in death on January 27, 2012. She was a pastor’s wife and member of the Mundell Christian Church.
Survivors include three daughters, LaVorna Tester and husband, Jeffery, of Heltonville, Reba Grogan and husband, Ronald, of New Mexico and Karlin Harms and husband, Max, of South Dakota; three sons, Donald Bundy and wife, Pat, of Washington, Lee Bundy and wife, Deb, of Wisconsin and Loren Bundy and wife, Patty, of Minnesota; several grandchildren and great grandchildren; two sisters, Frances Collins of South Bend and Sue Iddings of Minnesota; several nieces and nephews.
She was preceded in death by her parents, husband and two brothers, Ray and Joe Welsh.
Funeral services will be conducted at 11 a.m. on Thursday, October 15th at the Mundell Christian Church with Pastors Lee Bundy and John Wisley officiating. Burial will follow in the Mundell Christian Cemetery. Visitation will be from 4 p.m. to 8 p.m. on Wednesday, October 14th at the Day & Carter Mortuary. The family asks that friends consider memorial contributions be made to the Mundell Christian Church.
Family and friends may express condolences at www.daycarter.com.
Anna Patricia Louise Taylor – Mitchell
A graveside service for Anna Patricia Louise Taylor, of Mitchell, who passed away October 7, will be at 2 p.m. Tuesday at Mitchell Cemetery.
Chastain Funeral Home & Cremation Center is in charge of the arrangements
John Ryan Morgan – Bedford 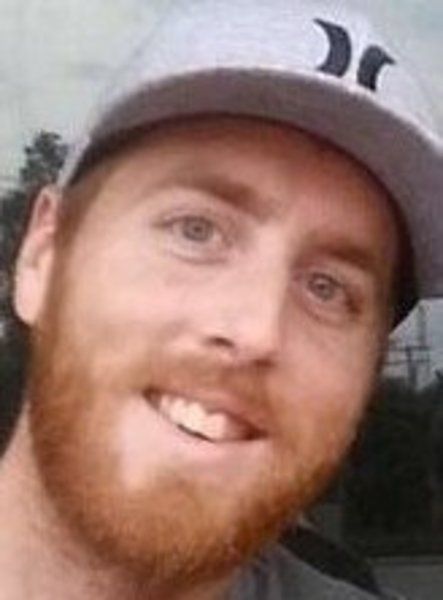 September 3, 1988 – October 9, 2015
John Ryan Morgan, 27, of Bedford, passed away from an auto accident at 7:52 am on Friday, October 9, 2015, at IU Health Bedford Hospital.
Born September 3, 1988 in Nashville, TN, he was the son of John and Karen (Buker) Morgan. John married Amanda Padilla on June 9, 2012, and she survives. He was employed at USG in Shoals. John enjoyed hunting, fishing, golfing, camping and anything outdoors related. He was an artist and a woodworker. John was a loving husband, devoted son, brother and uncle. He had a big heart, was quick witted with a great sense of humor.
Survivors include the love of his life, Amanda; parents, John and Karen Morgan of Bedford; one brother, Joseph Morgan of Boise, ID; grandparents, Byron and Carolyn Buker of Bedford, Marilyn Morgan of Orleans; a devoted nephew Austin Yeskie; adoring niece, Alexis Yeskie; his four legged children, Lily and Lincoln; and several uncles, aunts and cousins.
Funeral services will be conducted at 10:30 a.m. on Tuesday, October 13th in the Elmwood Chapel of the Day & Carter Mortuary with Pastor John Lane officiating. Burial will follow in Green Hill Cemetery. Visitation will be from 4p.m. to 8 p.m. on Monday, October 12th at the Day & Carter Mortuary.