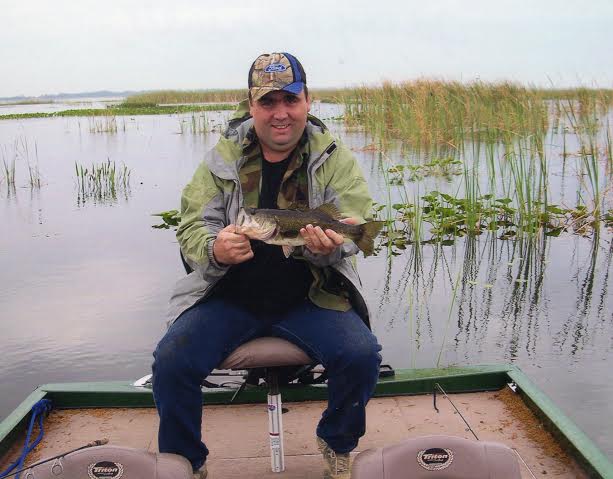 September 12, 1973 – October 1, 2015
Johnny “John” D. Caswell, 42, of Springville, died Thursday, October 1, 2015 in Vaughn, NM.
Born September 12, 1973 in Lawrence Co., he was the son of John and Melody (Gardner) Caswell. He was a graduate of Bloomington North with the class of 1992. He was an equipment operator for Turner Construction.
Survivors include his parents, of Springville; a sister, Cassandra Caswell of Bloomington; a brother, Mike Caswell of Oolitic; two nieces, Bailey and Kennedy; a nephew, Wyatt; grandfather, Sam Caswell of Springville and grandmother, Gayle Cole of Lyons.
Funeral services will be conducted at 1 p.m. on Thursday, October 8th in the Elmwood Chapel of Day & Carter Mortuary. Burial will follow in Dishman Cemetery.Visitation will be from 4 p.m. to 8 p.m. on Wednesday, October 7th and from 10 a.m. until the hour of service on Thursday at the Day & Carter Mortuary.
Family and friends may express condolences at www.daycarter.com.
Stephen Fish – Ft. Wayne
Stephen Fish, 70, of Ft. Wayne, died at 9:57 pm on Saturday, October 3, 2015 in Ft. Wayne.
Arrangements are pending at the Day & Carter Mortuary.
Frankie Lou Ray – Mitchell
May 7, 1916 – September 30, 2015
Frankie Lou Ray, 99, of Mitchell, passed away at 11:27 a.m. Wednesday, September 30, 2015, at Indiana University Health Bedford Hospital.
Born May 7, 1916, in Grayford, Indiana, she was the daughter of Louis and Frankie C. (Smith) Copeland.
Frankie spent most of her younger years in Indianapolis. She met and married Thomas Ray September 4, 1948. They moved to Orange County in 1959, and later moved to Mitchell. Thomas passed away September 18, 2012.
Survivors include her daughter, Betty Coffey, Sebring, Florida; son, Jack Vanosdol, Indianapolis; 5 grandchildren; 4 great grandchildren; 1 great great grandchild and a great group of friends and neighbors
Her parents and husband preceded her in death.
Frankie requested no visitation or service.
Condolences may be sent to www.chastainfuneralhome.com
Eldean Moffitt – Linton 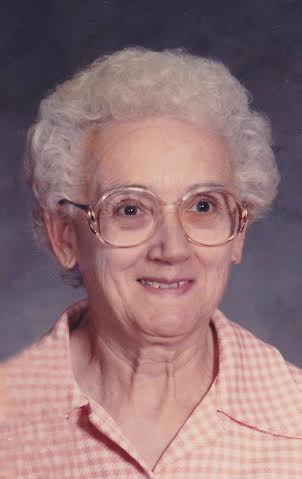 May 27, 1923 – October 4, 2015
Eldean Moffitt, 92, of Linton, formerly of Mitchell, passed away at 3:30 a.m. Sunday, October 4, 2015, at Indiana University Health Hospice House in Bloomington.
Born May 27, 1923, in Huron, she was the daughter of Charles and Lola (Terrell) Sorrells. She married Lowell P. Moffitt December 22, 1951, and he preceded her in death February 25, 2010.
Eldean retired from M. Fine & Son and was a member, long time treasurer and Sunday school teacher at the Huron Church of God. She graduated from Huron High School in the class of 1941.
Survivors include several nieces and nephews; several great nieces and nephews
Her parents; husband; and siblings, Noble Sorrells, Laverne Sorrells, Romaine Sorrells, William Sorrells, Edward Sorrells, Kathleen King, Juanita Watts, and two brothers in childhood, Russell Sorrells and Othie Sorrells, preceded her in death.
Funeral service will be at 10:30 a.m. Wednesday, October 7, in the Memorial Chapel of Chastain Funeral Home & Cremation Center with Reverend John Ketchem officiating. Burial will be in Cresthaven Memory Gardens. Friends may call from 4 p.m. till 7 p.m. Tuesday and from 9:30 a.m. until the service on Wednesday at the funeral home.
Memorial gifts can be made in Eldean’s memory to the Huron Church of God
Condolences may be sent to the family at www.chastainfuneralhome.com
Gladys L. Cundiff – Trinity Springs
February 14, 1930 – October 1, 2015
Gladys L. Cundiff, 85, of Trinity Springs, went to her heavenly home on Thursday, October 1, 2015 at 7:40 p.m.
Born in Lawrence County on Valentine’s Day, February 14, 1930 she was the daughter of Ralda L. and Amanda E. (Elkins) Honeycutt. She married Loval R. Cundiff on December 17, 1945 in Shoals, Indiana and he preceded her in death on August 13, 1976. She retired from RCA after 23 years of service and attended the Mount Olive Church of Christ. Gladys enjoyed traveling with her family, sewing, crocheting and playing bingo.
She is survived by son James L. Cundiff, of Shoals; daughters Ruby L. Staggs, of Shoals, Patricia and husband Dale Boyd, of Shoals and Nancy and husband Gary Sexton, of Shoals; 23 grandchildren; 31 great grandchildren; 10 great-great grandchildren; sister Helen and husband Denver Craft, of Trinity Springs.
She was preceded in death by sons Wayne Lee Cundiff and Charles L. Cundiff; granddaughter Christa Boyd; great granddaughter Amanda Horsting Lee; seven brothers and 2 sisters.
Visitation will be from 4 p.m. till 8 p.m. on Sunday, October 2, 2015 at the Queen-Lee Funeral Home in Shoals. The funeral will be at 2 p.m. on Monday at the funeral home. Burial will follow in Trinity Springs Cemetery.
Condolences may be made to the family at www.queenlee.com