Benton Harmon Boruff – Springville
June 2, 1925-September 6, 2015
Benton Harmon Boruff, 90, of Springville, died at 2:25 am on Sunday, September 6, 2015 at the IU Health Bloomington Hospital.
Born June 2, 1925 in Springville, IN he was the son of James Daniel and Eva (McConnell) Boruff. He retired from General Motors. He was a WWII veteran serving in the US Navy. He was a member of the Kirksville United Methodist Church, the American Legion Gillen Post #33.
Survivors include his significant other, Shirley Super of Springville; her two sons, Bill Super and wife Rhonda of Bedford, and Tom Super and wife Michele of Mitchell; five grandchildren; four great grandchildren; and several nieces and nephews.
He was preceded in death by his parents; two daughters, Carol Boruff, and Becky Boruff; one brother, Wilbur Boruff; two sisters, Occie Moore, and Jean Smith.
Funeral services will be conducted at 1 p.m. on Thursday, September 10, 2015 in the Elmwood Chapel of the Day & Carter Mortuary. Burial will follow in the Valhalla Memory Gardens. Visitation will be from 10 a.m. until the hour of service on Thursday at the Day & Carter Mortuary.
Family and friends are invited to sign the guestbook and light a candle in memory of Benton at www.daycarter.com.
Larry T. Tincher- Bedford 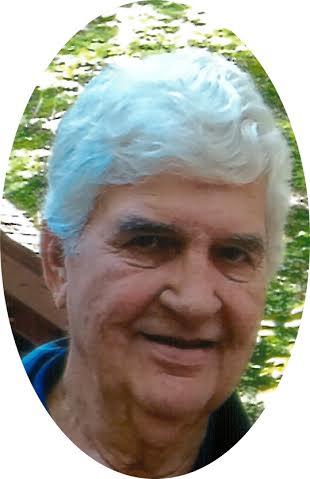 April 3, 1941 – September 5, 2015
Larry Tincher, 74, of Bedford, died on Saturday, September 5th, 2015 at the IU Hospice House
Born April 3, 1941 in Greene Co., he was the son of Leonard and Elsie Bernice (Martindale) Tincher. He married Carolyn Tumey on October 4, 1963 and she survives. Larry was a farmer and a sheet metal worker at Triangle Leahy for over 30 years. He was a member of Crossroads Community Church, a member of the Sheet Metal Workers Local #20, and a Lawrence County Township Trustee in the Marshall Township.
Survivors include his wife, Carolyn, of Bedford; four children, Melissa Jo Lynch and husband James of Springville, Kimberly Ann Smith and husband Mike of Bedford, Eric Thomas Tincher and wife Alissa of Bedford, Justin Chad Tincher and wife Joanie of Bedford; seventeen grandchildren, Noah, Jonah, Isaiah, Chelsea, Andy, Emma, Whitley, Eli, Hunter, Alivia, Chance, Zack, Kayli, Emma, Rylie, Frank, and Jax; one brother, Marion Tincher of Bedford.
He was preceded in death by his parents; two brothers, Ronald Tincher and Chester Tincher.
Funeral services will be conducted at 10:00 am on Wednesday, September 9, 2015 in the Elmwood Chapel of the Day & Carter Mortuary with Pastor Ken Ransom and Pastor Wayne Ward officiating. Visitation will be from 4 pm until 7 pm on Tuesday, September 8th.
Family and friends are invited to sign the guest book and light a candle in memory of Larry at www.daycarter.com.