Wanda L. Murphy, of Mitchell, passed away February 16, 2015, at Garden Villa in Bedford.
Born May 11, 1921, in Bedford, Indiana, Wanda was the eldest child of Walter H. and Hazel E. (Rodgers) Rager. She graduated from Mitchell High School in 1939. Wanda was married to William F. “Bill” Murphy, Jr. on September 8, 1943. Following Bill’s service in the Pacific with the U. S. Army Air Corps, the couple settled near Rock Lick Creek where they farmed and raised their three children, one of whom tragically passed away in childhood. After Bill’s death in 1982, Wanda continued to live on the farm within a mile of her children and grandchildren, where she proudly remained for all but the last 15 months of her life. Wanda was a member of the First Christian Church of Mitchell where she worked as a secretary for many years. She enjoyed painting and was a former member of the Lawrence County Art Association and Fleur de Lis. Above all, she was a devoted grandmother who will be remembered for her loving, involved presence and unique personality. She was a hilarious storyteller, creator of prize-winning Halloween costumes, patient teacher in the art of homemade pie crusts, and prodigious collector of shoes. She played the ukulele. She wore leather driving gloves and disregarded the speed limit. As a girl she convinced the neighbor kids that eating rose petals would give them the power to see fairies; later, she convinced her grandson that drinking carrot juice would give him X-ray vision. She once outran a buffalo. She took pride in her family and loved to brag about their achievements.
Survivors include her son and daughter-in-law, Jack D. and Margaret M. Murphy, Mitchell; her daughter, Joyce A. Chenoweth, Mitchell; her grandchildren, Kristen A. Murphy, Erin E. Murphy, Michael W. Murphy; her brother and sister-in-law, Walter H. and Wanda J. Rager, Mitchell; seven nieces and nephews
Wanda was preceded in death by her parents; her son, Michael D. Murphy; her husband, Bill; and her brother and sister-in-law, Robert D. and Helen M. Rager.
Funeral service will be at 1:00 p.m. Tuesday, February 24, in the Memorial Chapel of Chastain Funeral Home & Cremation Center with Pastor Mike Collins officiating. Burial will be in Sheeks Cemetery. Friends may call from 10:00 a.m. until the service on Tuesday at the funeral home.
Condolences may be sent to the family at www.chastainfuneralhome.com
Elizabeth Ann Knox – Mitchell

Elizabeth Ann Knox, 76, of Mitchell, passed away at 1:41 p.m. Tuesday, February 17, 2015, at Methodist Hospital in Indianapolis.
Born January 10, 1939, in Sullivan, she was the daughter of Francis R. and Opal (McDonnall) Marlowe. She married John Knox June 8, 1956.
Ann had been employed as a telephone operator, school bus driver, and was investigator and chief deputy for the Marion Township Trustee. She was a member of the First Baptist Church and Indiana Township Association. She was a former member of Order of Eastern Star No. 503, Jobs Daughters, and Life Pantry board member.
Survivors husband, John Knox, Mitchell; daughter, Julia Leann (Michael) Butler, Wadesville; daughter-in-law, Anita Knox, Houston, Texas; grandchildren, Julio Knox, Jonathon Knox, Haley Butler, Jordan Butler, Madison Butler; 2 great grandchildren; sister, Patricia K. Taflinger, Mitchell; several nieces and nephews
Her parents and son, Richard Carl Knox, preceded her in death.
Funeral service will be at 1:30 p.m. Sunday, February 22, in the Memorial Chapel of Chastain Funeral Home & Cremation Center with Reverend Reggie Clark officiating. Burial will be in Mitchell Cemetery. Friends may call from 2:00-6:00 p.m. Saturday and from 11:30 a.m. until the service on Sunday at the funeral home.
Condolences may be sent to the family at www.chastainfuneralhome.com
Mary Louise Merrell – Franklin
Mary Louise (Sears) Merrell, 87, of Franklin, passed away peacefully in her home at 10:30 pm on February 17, 2015.
Born November 3, 1927 in Bedford, she was the daughter of Mary (Dilley) and Nelson Sears. She graduated from Bedford High School with the class of 1945 and attended Hanover College in Southern Indiana. She was a founding member of Kappa Kappa Sigma Service Sorority. Mary married Clifford Merrell on August 16, 1949. She was a homemaker who raised seven children after working for a time as a phone operator for Indiana Bell. Later in life, she worked as a nurse’s aide for the Marion County Health Department.
Survivors include children, Amy (Tom) Bartlett of West Allis, WI, Timothy (Sue) Merrell of Whiteland, IN, Rebecca (Pat) Lomasney of Bloomington, IN, Mark (Marilyn) Merrell of Palomar Mtn., CA, Melissa (Kenneth) Wolford of New Whiteland, IN and Mary (Matt) Gerteisen of Greenwood, IN; eighteen grandchildren; thirteen great grandchildren; a brother, David (Linda) Sears of Centennial, CO; a brother-in-law, Homer Moore of Bedford, IN and a sister, Nancy (James) Wilson of Estero, FL.
She was preceded in death by her husband, Clifford; a daughter, Sandra Anne Merrell Cummins and a sister, Myra Joan (Jodie) Moore
Visitation will be from 4 pm to 7 pm on Friday, February 20th at the Wilson St. Pierre Funeral Service & Crematory, Greenwood Chapel, 481 W. Main Street, Greenwood. Funeral services will be conducted at 10 am on Saturday, February 21st in the Elmwood Chapel of the Day & Carter Mortuary. Burial will follow in the Hamer Cemetery in Spring Mill State Park in Mitchell, IN.
The family asks that friends consider memorial contributions be made to the charity of one’s choice or brighten someone’s life with a “pay it forward” act of kindness.
Family and friends may express condolences at www.daycarter.com.
Roger Keith Schultz – Bedford 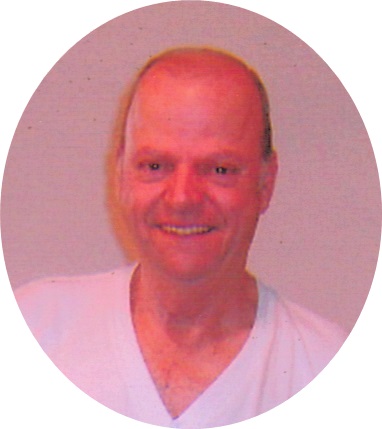 Roger Keith Schultz, 69, of Bedford, died at 12:10 pm, on Tuesday, February 17, 2015 at I.U. Health Bedford Hospital.
Born March 27, 1945 in Lawrence Co., he was the son of Emmerson Schultz and Nina (Jones) Staggs. He married Betty Sue Box and she preceded him in death. He retired from the City of Bedford Street Dept. and had worked for Indiana Limestone Co.
Survivors include three daughters, Pennie Reynolds and husband, Bob, of Bedford, Kim Phillips and husband, Jay, of Williams, and Teresa Schultz of Bedford; a son, Bryan Schultz and wife, Brandi, of Bedford; fourteen grandchildren; eight great grandchildren; seven siblings; several nieces and nephews.
He was preceded in death by his parents, his wife, his step-father, Vernon Staggs; a son, Vernon Schultz and three siblings.
Funeral services will be conducted at 2 pm on Monday, February 23 in the Elmwood Chapel of the Day & Carter Mortuary with Pastor Lewis Rice, Sr. officiating. Burial will follow in Dive Cemetery. Visitation will be from 2 pm to
6 pm on Sunday, February 22nd and from Noon until the hour of service on Monday, February 23, at the Day & Carter Mortuary.
The family asks that friends consider memorial contributions be made to The Church of God of Prophecy, 601 ‘U’ Street, Bedford, IN.
Family and friends may express condolences at www.daycarter.com.
Elizabeth Ann Knox – Mitchell
Elizabeth Ann Knox, 76, of Mitchell, passed away at 1:41 p.m. Tuesday, February 17, at Indiana University Health Methodist Hospital in Indianapolis.
Funeral service will be at 1:30 p.m. Sunday, February 22, in the Memorial Chapel of Chastain Funeral Home & Cremation Center with Rev. Reggie Clark officiating. Burial will be in Mitchell Cemetery. Friends may call from 2 p.m. till 6 p.m. Saturday and from 11:30 a.m. until the service on Sunday at the funeral home.
Larry James Stevens – Mitchell
Larry James Stevens, 74, of Mitchell, passed away at 12:30 p.m. Wednesday, February 18, at his residence.
Funeral service will be at 11:30 a.m. Wednesday, February 25, in the Memorial Chapel of Chastain Funeral Home & Cremation Center. Friends may call from 5-8 p.m. Tuesday and from 10:30 a.m. until the service on Wednesday at the funeral home.