MaryLou Dinkins – Mitchell
MaryLou Dinkins, 73, of Mitchell, passed away at 5:32 a.m. Friday, December 26, 2014, at Indiana University Health Bloomington Hospital.
Born April 22, 1941, in Lawrence County, she was the daughter of Charles Robert and Annabelle (Elliott) Clements. She married Robert Dinkins October 6, 1975, and he preceded her in death July 11, 2009.
MaryLou was a homemaker and she enjoyed her pets and being outdoors.
Survivors include her son, Jeff (Marcy) Bennett, West Baden Springs; stepdaughters, Pam (Archie) Kappel, Terre Haute, Linda Reed, Columbus, Barbara (David) Irwin, Columbus, Liz (Alan) Kays, Taylorsville; sister, Becky Clements, Mitchell; 16 grandchildren;15 great grandchildren
Her parents; husband; and son, Douglas Bennett, preceded her in death.
Funeral service will be at 1:30 p.m. Tuesday, December 30, in the Memorial Chapel of Chastain Funeral Home & Cremation Center with Reverend Dwight Dunbar officiating. Burial will be Bonds Chapel Cemetery. Friends may call from 4 p.m. till 7 p.m. Monday, and from 12:30 p.m. until the service on Tuesday at the funeral home.
Condolences may be sent to the family at www.chastainfuneralhome.com
C. Lavern Smith – Bedford
C. Lavern Smith, 92, of Bedford, died at Noon, Thursday, December 25, 2014, at St. Vincent, Dunn, Hospital, in Bedford.
Born September 10, 1922, in Martin Co., IN, he was the son of Everett and Vina (Lamb) Smith.
He married Lois A. Sears on December 27, 1941; she died February 18, 2010. He was a supervisor at G.M. Powetrain, Bedford; retired. He had also sold real estate in the Bedford area. Lavern was a member of Central Church of Christ, Bedford; a longtime member of the Bedford Evening Lions Club; was a volunteer for the American Red Cross assisting with transportation and Bloodmobile work; was a volunteer working the polls at election time; and was also a U.S. Army veteran, WW-2, during which time he had driven ammunition and food trucks.
Surviving are one son, Larry L. (Yvonne) Smith, New Albany, IN; one daughter, Juliann (Mike) Johnson, Bedford; five grandchildren, Stacie (Mark) Eads, Ryan (Jessica) Smith, Michael (Nancy) Stevens, Corey Stevens, and Sarah (Ryan) Ralston; two sep-grandchildren, Scott (Niki) Johnson and Tyler (Brandy) Johnson; great grandchildren Eli Eads, Anthony Stevens, and Aden Ralston; step great grandchildren, Braxton, Brayson, Bryton, and Zachary Johnson; and several nieces and nephews.
He was preceded in death by his parents; his wife; one brother, Carlos Smith and one brother, in infancy; and one great grandson, Jeremy Eads.
Funeral services will be on Monday, December 29, 2014, at 11 a.m. at Ferguson-Lee Funeral Home, Bedord, with Bro. Rick Leach officiating. Burial will be in Cresthaven Memory Gardens. Military Rites will be accorded by members of American Legion, Gillen Post #33, Bedford. Friends may call on Sunday, 4 p.m. till 8 p.m. at the funeral home.
Memorial contributions may be considered to the Alzheimer’s Association; the American Red Cross; or to a charity of the donor’s choice.
Online condolences may be sent to the family at www.ferguson-lee.com.
Richard L. Finley – Bedford
Richard L. Finley, 82, of Bedford, died at 8:30 p.m. on Thursday, December 25, 2014 at I.U. Health Bedford.
Born February 16, 1932 in Bloomington, he was the son of Charles and Ruth (Lawson) Finley. He married Alice Gooldy and she survives. He was a retired repairman at G.E. in Bloomington and a veteran of the Korean War serving with the U.S. Marine Corps. He was a member of the Englewood Baptist Church and Gillen Post #33 American Legion.
Survivors include his wife, Alice, of Bedford; a son, Jeff Finley and a daughter, Sue Finley both of Bedford; two grandchildren; three great grandchildren.
He was preceded in death by his parents and a grandson, Richard Finley.
Cremation was chosen. A memorial service will be conducted at a later date.
Arrangements are under the direction of the Day & Carter Mortuary Family and friends are invited to leave condolences at www.daycarter.com.
Hillard Mundy – Mitchell 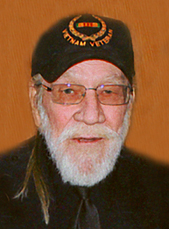