Victor E. Umphress – Bedford
Victor E. Umphress 63 of Bedford, passed away on Thursday May 22, 2014 at Schneck Medical Center in Seymour. He was born in Bedford on October 15, 1950.
Celebration of Life will be held on Saturday June 7, 2014 at Leatherwood Christian Church in Bedford at 5 p.m., Friends may call from 2 p.m. until 5 p.m. at the church. Immediately following the service , a balloon release will be held at Otis Park Band Shell.
Cresthaven Funeral Home in Bedford is in charge of arrangements
John W. Eagans – Bloomington
John W. Eagans, 74, of Bloomington, died at 12:45 pm on Friday, May 23, 2014 at the Golden Living Center in Bloomington, IN.
Born December 22, 1939 in Lawrence Co., he was the son of Kelsie Eagans and Ella D (Mayo) Eagans Miller. He retired from Thomson Consumer Electronics in 1997.
Survivors include a son, Robert Keith Eagans and his wife Rachel of Linton; two sisters, Nancy Nolan of Odon and Carolyn Butcher and husband, Marshall of Bloomington; two grandsons, Eunick Ray Eagans and Jonathon Secrest both of Linton; two granddaughters, Shayla and Abigail Eagans both of Linton; Step-grandson Jaxon of Linton, IN and several nieces and nephews; special friends: Bernice Sears, Issiah, and the rest of their family.
He was preceded in death by his parents; two brothers, Kelsie Eagans Jr., Luther Eagans in infancy and nephew Tim Roll
Funeral services will be conducted at 11 a.m. on Thursday, May 29th in the Elmwood Chapel of Day & Carter Mortuary with Millard Jones officiating. Burial will follow in Green Hill Cemetery. Visitation will be from 4 p.m. to 8 p.m. on Wednesday, May 28th.
Family and friends are invited to sign the guest book and light a candle in memory of John at www.daycarter.com.
Winifred (Winnie) M. Byers – Bedford
Winifred (Winnie) M. Byers, 94, of Oolitic, died at 9:25 am on Sunday, May 25, 2014 at the Stonebridge Health Campus.
Born January 18, 1920 in Plymouth, NY, she was the daughter of Warren B. and Jesse Mae (Mundy) Robbins. She married Vance W. Byers on November 1, 1941 and he preceded her in death in October 1990. She was a homemaker and a member of Oolitic Baptist Church.
Survivors include, one son, Timothy W. Byers of Scipio, IN, four grandchildren, 9 great grandchildren, special nephew and caregiver, Chet Andis and her church family.
She was preceded in death by her parents, husband, two brothers; Willie Mundy and Wilson A. Robbins.
Funeral services will be conducted at 2 pm on Thursday, May 29, 2014 at the Day & Carter Mortuary with Rev. Richard Tallman officiating. Burial will follow in Lowder Cemetery. Visitation will be from 4 pm – 8 pm on Wednesday, May 28, 2014 at the Day and Carter Mortuary and from 1 pm until the hour of the service on Thursday at the mortuary.
Memorial contributions may be made in memory of Winnie to the Oolitic Baptist Church.
Friends and family are invited to sign the guestbook and light a candle in memory of Winnie at www.daycarter.com.
Julie Dawn (Scheiber) Kidd – Bedford 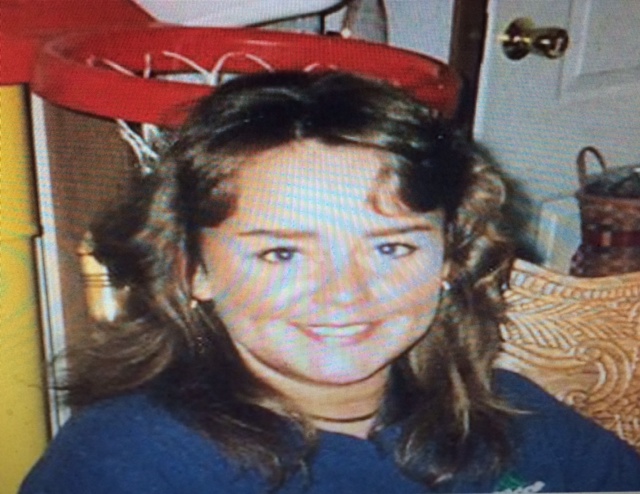 Julie Dawn (Scheiber) Kidd, 42, of Bedford, passed away on Saturday, May 24, 2014 at her home.
She was born in Orange County to Payot and Freda (Schmitt) Scheibe. She was a homemaker and attended First Christian Church in Mitchell. She was a graduate of Mitchell High School in 1990. Julie married Greg Kidd on September 10, 2010 in Lawrrence County and he survices.
Surviors include her husband Greg Kidd, of Bedford; one son Treyton Andrew Phillips, of Bedford; one daugher Meagan Kidd, of Bedord; father Payot Scheibe, of Mitchell; one brother Neal Scheibe, of Colorado; two sisters Melinda Speer, of Mitchell and Kathleen Scheibe, of Virginia, in-laws Bob and Carolyn Hammond, of Bedford; several aunts, uncles and cousins.
She was preceded in death by her mother, Freda Scheiber, one son Charley Scheibe, granmothers Thelma Scheibe and Manilla Maudlin, father-in-law James E. Kidd.
Cremation was chosen with a memorial service at a later date. Cresthaven Funeral Home is in charge of arrangements.
Ronald E. “Ronnie” Phipps – Bedford 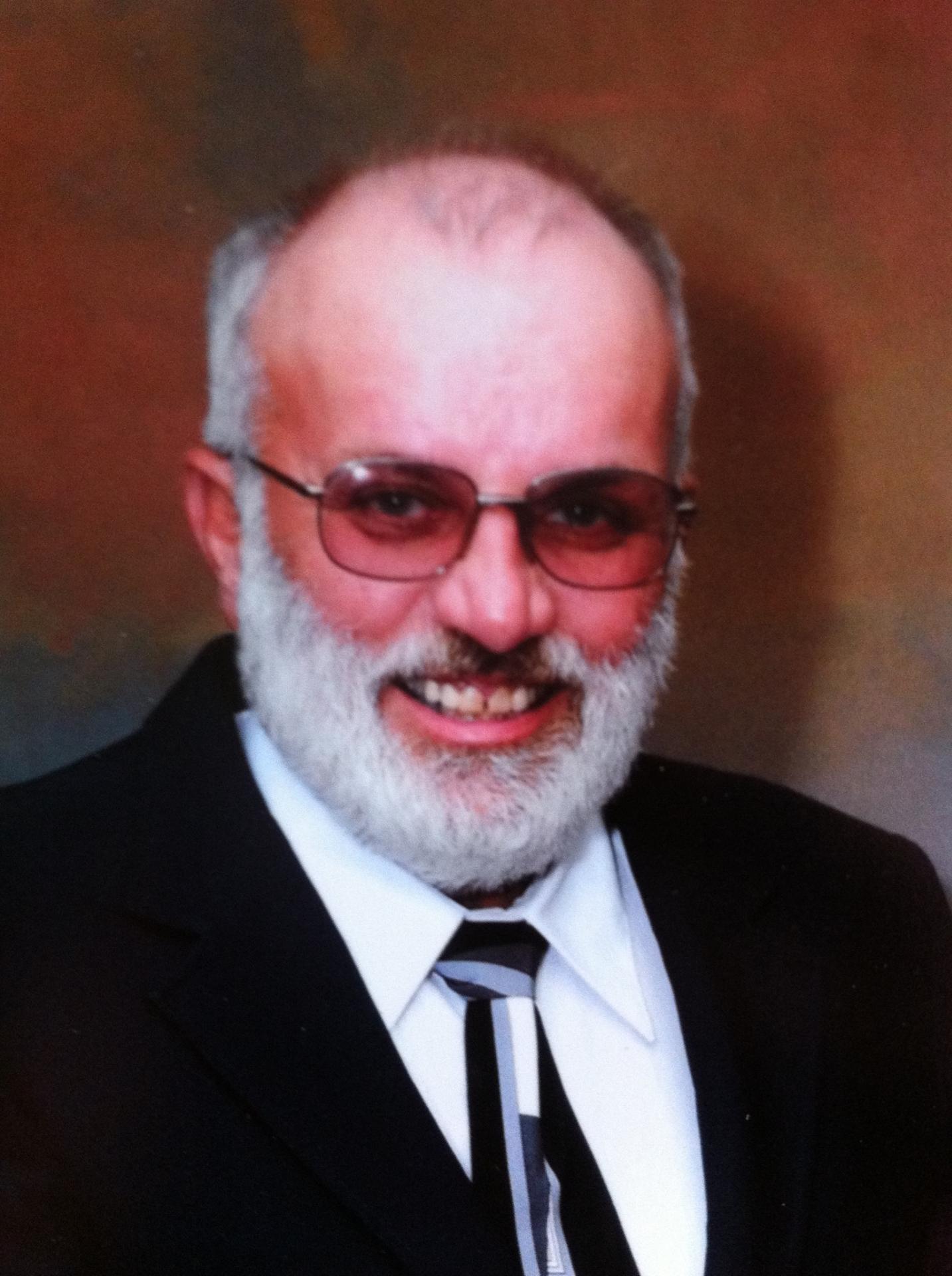 Ronald E. “Ronnie” Phipps, 67, of Bedford, passed away on Saturday, May 24, 2014 at 11 p.m. at IU Health Hospice House in Bloomington.
He was born in Bedford at Dunn Memorial Hospital on January 9 1947 to Treat and Irene (Tamtom) Phipps. He was a 1965 graduate of Needmore High School and an US Air Force Veteran. Ronnie married Karen Clifton on July 28, 2968 at Mt. Pleasant Christian Church in Bedford and she survives. Ronnie was retired from NWSC Crane in 2006 where he was an engineering technician, he was known at Crane by his nickname “Weedeater.”
Ronnie was a member of the Kiwanis Club in Oolitic, Prairie Gold Rush, MMCI-Minneapolis Moline Tractor Club, Tri-County Antique Tractor club, he received the Ray Fry Award from the Needmore High School Alumni Association in 2013, he was a volunteer with the Boys Scouts, Needmore Biddy Basketball League, he was the scorekeeper for BNL Freshman Boys Basketball for 18 years.
Survivors include his wife Karen (Sue) Phipps, of Bedford; one son Treavor Phipps and wife Angela, of Salem; two grandsons, Devon and Zane Phipps, of Salem; sisters Jean (Roy) Tarr, of Bedford, June (Jim) Allen, of Bedford, Janice (Jim) Pittsford, of Ellettsville; one sister-in-law Virgie Phipps, of Bloomington; one brother-in-law Ira “Jiggs” Sherrill, of Bedford; several nephews, nieces and cousins.
Ronnie was preceded in death by his parents; three brothers Maurice Phipps, James Phipps and Gerald Vernon Phipps in infancy; two sisters, Maxine Allen and Marjorie R. Sherille.
Funeral services will be held on Thursday, May 29, 2014 at 6:30 p.m. at Mt. Pleasant Christian Church in Bedford. Friends may call on Thursday from 2 p.m. until the service time at 6:30 p.m. at the church. In lieu of flowers, donations can be made to Riley Children’s Hospital. Cremation will follow the funeral services.
Cresthaven Funeral Home in Bedford is in charge of the arrangements.