Michael R. Brown, 39, of Bedford, passed away on Monday February 10, 2014 at 7:21 AM at IU Health in Bedford as result of an auto accident.
He was born in Bedford on May 30, 1974 to Richard L. “Dick” Brown and Sheila (Farrell) Brown; he was a 1992 BNL High School Graduate, where he was a member of the Football team. Michael was a member of St. Vincent DePaul Catholic Church in Bedford and the Knights of Columbus in Bedford. He was currently working in sales for Adventure Media in Bedford and was Assistant Football Coach at BNL High School; he had also coached high school football at Bloomington South, Jeffersonville High School and Providence High School. He was a long time employee at Fuzzy Zoeller’s Covered Bridge Golf Course.
Survivors include his parents; Richard L. “Dick” and Sheila Brown of Bedford, one sister Johna Jennings and husband Keith of Merritt Island, Fl., one niece Kyndal Jennings of Merritt Island, Fl.; his half brother Scott Hatfield of Bedford; grandmother Geneva M. Brown of Bedford, girlfriend and companion Mandie Ikerd Jones and her children; Averie and Jackson Jones of Bedford; aunts Bonnie Ingle of Bedford, Mary Jo (Ralph) Cannedy of Bedford, Betty Bullock of Elmhurst, Ill., Kathleen (George) Zink of Anderson; uncles Jim Farrell of Bedford and Mike (Pat) Farrell of Bedford.
Funeral Services will be held on Saturday February 15, 2014 at 11 a.m. at St. Vincent DePaul Catholic Church in Bedford, with Father Rick Eldred officiating. Friends may call on Friday February 14, 2014 from 1 p.m. until 8 p.m. at Cresthaven Funeral Home in Bedford, with the Rosary service at 7:30
Pall Bearers will be Chris Banks, Chris Roberts, Brian Noel, Eric Nicholson, Robert Utley and Scott Taylor; Honorary Pall Bearers will be Steve Ingle and Terry Isom.
In Lieu of Flowers donations can be made to the Jason Butler Scholarship Fund
Audlean Prater – Bedford 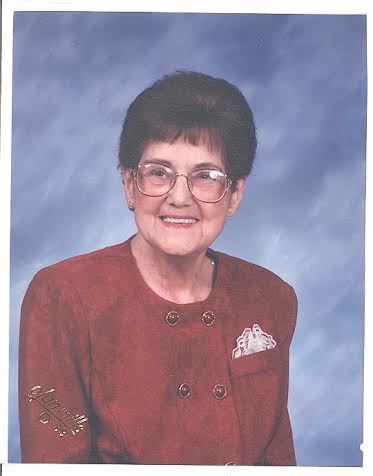 Audlean Prater, 85, of Bedford, passed away at her residence on Monday February 10, 2014.
She was born in Monroe County on March 30, 1929 to Roma & Alice (Deckard) Southern. She had worked at Sarkes Tarzan TV in Bloomington, at Mitchell Manor Nursing Home & the Orange County Jail in the Kitchen. She was a Christian, loving mother and will be missed much. She had attended New Union Christian Church and 1st Church of God.
Survivors include two daughters; Diane Luttrell and husband Perry of Springville, Marcella Sullivan of Springville; grandchildren Jeremy Sullivan, Justin Sullivan, Brian Luttrell, Lisa Elkins all of Springville; twin sister Maudlean McNeal of Bedford, Marie Freeman of Springville.
She was preceded in death by her parents, Brother; Gene Southern; sister Ruth Eads
Funeral Services will be on Thursday February 13, 2014 at 3 p.m. at Cresthaven Funeral Home. Burial will follow in Cresthaven Memory Gardens. Friends may call on Thursday from 11 a.m. until service time at 3 p.m. at Cresthaven Funeral Home.
George R. Curren – Bedford
George R. Curren, 80, of Bedford, died at 5:35 p.m. Monday, February 10, 2014, at his residence, with his family by his side.
Born March 10, 1933 in Bedford, Indiana, he was the son of Sam Curren, Jr. and Alma B. (Brown) Curren Vaughan. He married Julia A. York on March 5, 1971 and she survives.
He was a member of St. Vincent de Paul Catholic Church, Bedford; a U.S. Army Veteran; he worked as a firefighter with the Bedford Fire Dept. for 30 years, retiring Feb. 28, 1990 as Assistant Chief; he had also worked as a local painter; he was a member of the Bedford Firefighters Association; a life member of both the American Legion, Gillen Post #33 and Bedford Boat and Sportsman’s Club; he was a Kentucky Colonel and an avid golfer; and a former member of Bedford Eagles, Aerie # 654, AMVETS and 40 & 8.
Surviving are his wife, Julia A. Curren, Bedford; three daughters, Karlynn (Vern) Curren Allen, Jana Johnson and Michele (fiancé Marty Terry) Curren, all of Bedford; two grandsons, Levi Curren and Luke Preston, both of Bedford; his mother-in-law, Edith York, Bedford; his brother-in-law, Ed Clark, Bedford; and Sadie, his cat.
He was preceded in death by his parents; one brother, Harold Curren; one sister, Betty Clark; and a sister-in-law, Carol Curren.
The family gives special thanks to Carla Haycox, nurse, Hoosier Uplands Hospice.
Funeral services will be 1 p.m. Friday, February 14, 2014, at Ferguson-Lee Funeral Home, with Fr. Rick Eldred and Deacon Dave Reising officiating. Entombment will be in Cresthaven Mausoleum. Military rites will be accorded by members of American Legion, Gillen Post #33, Bedford. Friends may call from 4 p.m. to 8 p.m. Thursday, and from 11 a.m. to 1 p.m., Friday, at the funeral home. Memorial contributions may be considered to Hoosier Uplands Hospice, White River Humane Society or Lawrence County Patient Services.
Online condolences may be sent to the family at www.fergusonlee.com.