Dumon (DumonStrong) McCain – Bedford
Dumon (DumonStrong) McCain, 14, of Bedford, went to be with the Lord on Monday, November 25, 2013 following his courageous battle with cancer.
Born April 8, 1999 in Louisville, KY, he was the son of Keith McCain and Amy E. McNeely. He attended Bedford Middle School and loved life, fishing, hunting, camping, video games, his pets, stuffed animals and his barbecued ribs. He enjoyed spending time with his family. His latest passion was motorcycles. Dumon loved spending his free time at the Bedford Police Department where he was an honorary police chief. Dumon set a good example by smiling all the time, never complaining and he loved making people smile. He spent seven summers at Indian Summer Camp in Bagdad, KY. He took an Air Evac. Helicopter ride, rode in the sidecar of a Harley Davidson with two hundred plus bikes and was really able to experience a lot in his short time with us, thanks largely to our community. He was an active member of the Lawrence County Relay For Life and worked on fundraisers to assist others fighting cancer.
Survivors include his mother, Amy, of Bedford; his father, Keith, of Louisville, KY; one sister, Araina McCain of Bedford; three brothers, Keith McCain, Jr., DeAndre McCain and Keshaun McCain of Kentucky; his mamaw, Laura McNeely of Orleans, IN; several aunts, uncles, cousins and his Indian Summer Camp family.
He was preceded in death by his maternal papaw, Johnny McNeely; his paternal grandparents, Kimbrew and Catherine McCain.
Funeral services will be conducted at 2 pm on Saturday, November 30th in the Elmwood Chapel of the Day & Carter Mortuary with Pastor Steve Jones officiating. Burial will follow in Green Hill Cemetery. Visitation will be from 10 am until the hour of service on Saturday at the Day & Carter Mortuary.
The family asks that friends consider memorial contributions be made to the DumonStrong Fund c/o Hoosier Hills Credit Union.
Family and friends are invited to sign the guest book and light a candle in memory of Dumon at www.daycarter.com.
Wanda Lee Simons – Mitchell
Wanda Lee Simons, 88, passed away at 4:34 p.m. Tuesday, November 26, 2013, at Garden Villa in Bedford.
Born November 25, 1925, in LaSalle, Illinois, she was the daughter of Arthur W. and Lucretia (Wagner) Cowell. She married George R. Simons October 13, 1945, and he preceded her in death March 2, 2006.
Wanda was a licensed practical nurse and a 1944 graduate of Westville High School in Westville, Illinois. She was a member of the First Baptist Church, and enjoyed quilting and traveling.
Survivor includes her daughter, Caroline Dell and husband Jim McShane, Scottsdale, Arizona; daughter in law, Sharon and husband Don Fortner, Jasper; sister, Nancy and husband Don Fairchild, Fairfield Glade, Tennessee; grandchildren, Chad Cord and wife Ellen, Scottsdale, Arizona, Jessica and husband Greg Kearsey, Austin, Texas, Shannon Wood and wife Kyley, Jasper, Raymond Simons and wife Shandi, Indianapolis;13 great grandchildren
Her parents; husband; son, Ray Simons; and siblings, Betty Cowell and William Cowell, preceded her in death.
A private family service will be in Mitchell Cemetery at a later date.
John H. Tirey – Bedford 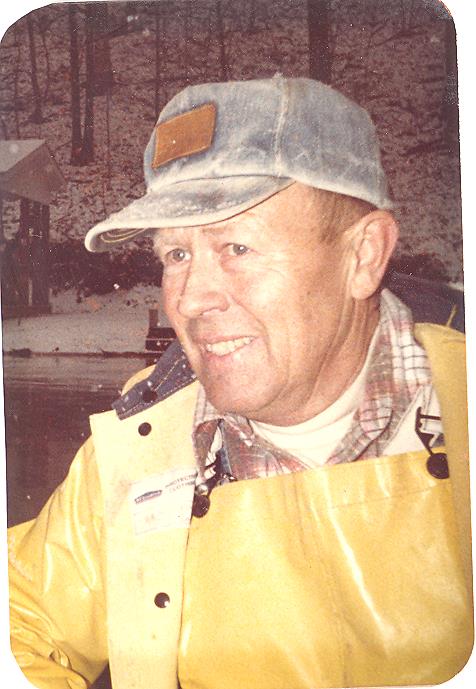 John H. Tirey, 87 of Bedford, passed away at 3:40 p.m. on Friday November 22, 2013 at his residence. He was born in Mitchell on September 16, 1926 to George & Ada (Smith) Tirey. John married Mary Alice (Cobb) Tirey on November 19, 1947 in Bedford and she preceded him in death on July 2, 2008.
John was a graduate of Mitchell High School, he was an US Navy Veteran, he worked on Monon Railroad, and then was Co-Owner of Nick’s Tire Service in Oolitic, and he also worked with his brother Alvy Tirey as a carpenter.
Survivors include one daughter; Susan Nester; one grandson, Michael Embree, one granddaughter, Cindy Moreland; great grandchildren, Tucker Embree, Reese Embree, Presley Moreland, John Wyatt Moreland; brothers, Wayne Tirey and wife Charlotte, Robert Tirey and wife Pam Tirey, Larry Tirey and wife Shirley and Don Tirey and wife Marlyn; sisters, Rhea Anderson, Dee and husband Bob Grubb and Phyllis and husband Bob Tucker.
Cremation was chosen with no services. Burial was in Cresthaven Memory Gardens
Cresthaven Funeral Home was in charge of arrangements.
Mildred (May) Elkins – Bedford
Mildred (May) Elkins, 80, of Bedford, died at 6:33 am on Tuesday, November 26, 2013 at her residence.
Born February 15, 1933 in Lawrence Co., she was the daughter of Bill and Mary May. She married Carroll Elkins in February 1950 and he preceded her in death. She retired as a group leader for Thomson/RCA in Bloomington after thirty years of service. She was active in the Senior Citizens Center and enjoyed sewing, crocheting and reading.
Survivors include three sons, Mike Elkins, Steve Elkins and wife, Debbie and Rick Elkins; a daughter, Cathy Colvin; grandchildren, Darren, Kathleen, Casandra, Lacy, Chris and Shelly; eight great grandchildren. She was preceded in death by her parents, her husband and a son, Gary Elkins.
Graveside services will be conducted at 1 pm on Friday, November 29th at Cresthaven Memory Gardens with Johnny Johnson officiating. Burial will follow. Visitation will be from 10 am until 12:45 pm Friday at the Day & Carter Mortuary.
Family and friends are invited to sign the guest book and light a candle in memory of Mildred at www.daycarter.com.