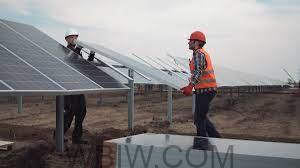 The event is a free public conference that will bring together solar supporters from across the state to learn and discuss the current state and future of solar energy in Indiana.

The day will include a series of informational presentations on solar technology, energy storage, community solar, and policy topics. Participants will also take part in an open forum discussion. They can weigh in on the solar priorities and the development of a new Solar Bill of Rights for Indiana.

Solar United Neighbors expands access to solar by educating Hoosiers about the benefits of distributed solar energy, helping them organize group solar installations, and strengthening Indiana’s solar policies. The group has helped hundreds of Hoosiers go solar and created a community of solar supporters across the state.

The event will also feature several electric vehicles on display / available for a test drive at the owner’s discretion.

Additional information can be found here.