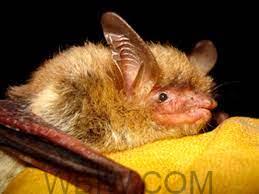 INDIANA – On November 29, the U.S. Fish & Wildlife Service (USFWS) of the Department of the Interior determined that the Northern long-eared bat (Myotis septentrionalis) warrants protection as an endangered species under the Endangered Species Act.

As a result of this endangered classification, it is now illegal to harass, harm, pursue, hunt, shoot, wound, kill, trap, capture, collect this species, or attempt to engage in any such conduct.

However, the USFWS neglected at this time to define a “critical habitat” for the Northern long-eared bat, which seriously undermines the ability to meaningfully protect this imperiled species and to promote its recovery.

The Northern long-eared bat relies on roosts in mature, deep forests to successfully reproduce. High-quality forest of this kind continues to face unprecedented threats of development, logging, burning, and more.

The move by USFWS could have significant implications for the proposed Buffalo Springs project, which the U.S. Forest Service opened last week for 30 days of public comment. The massive proposed project prescribes up to 15,100 acres of aggressive burning and 5,124 acres of logging, including up to 707 acres of clearcutting, within the Hoosier National Forest (HNF) and represents the largest logging and burning proposal in the history of that forest.

“We are encouraged by this reclassification, as the Northern long-eared bat has suffered dramatic losses from the fungal disease, White Nose Syndrome, killing upwards of 97% of individuals in affected populations,” said Jeff Stant, Executive Director of the Indiana Forest Alliance (IFA). “Yet we remain wary of what protection will actually be afforded to the Northern long-eared bat without the critical habitat protection.”

The Buffalo Springs project is a threat to Indiana’s last great frontier of wilderness, and to the tens of thousands of Hoosiers who depend on the Patoka watershed for clean water and the wildlife that call the HNF home.

“The Buffalo Springs area, which includes the famous Buffalo Trace, is naturally, culturally, and historically significant and needs to be preserved for the future. Now is the time to help in this effort by submitting a comment to the United States Forest Service (USFS) regarding their draft Environmental Assessment,” said IFA’s Hoosier National Forest Program Director Steven Stewart.

IFA strongly urges all Hoosiers to submit a public comment to the Forest Service before the December 19th deadline.

“People need to voice their opposition to these damaging practices in our publicly owned forests,” said Stant. “This new information from the Fish & Wildlife Service arms the public with even more concrete reasoning to put a stop to this destructive proposal which would destroy known habitat for the Northern long-eared bat along with countless other species.”

In addition to the aggressive logging and burning, the Forest Service plans to apply chemical herbicides/pesticides to 771 acres and construct over 17 miles of new or reopened roads in the critical Patoka watershed within the HNF.

Forest cover in Indiana is approximately 4.7 million acres of forestland, mostly in the rugged and hilly south-central portion of the state. The HNF consists of 204,000 acres and is one of the smallest and the most heavily fragmented national forests in the country. It represents less than 1% of the land area of the state (4% of the forestland) but almost half of the public ownership. The Buffalo Springs project will destroy more than 10% of the forest and disrupt the habitats for countless species of plants and animals for many years to come.

To provide more information to the public and help them submit comments, IFA will host a Public Comment Writing Workshop on Sunday, December 4th from 2 p.m. until 4 p.m. at the Greenfield Township Community Building in Orange County, 2015 W County Rd 550 S, Paoli, Indiana.

The USFS has stated that any comments submitted after the December 19th deadline will not be accepted, so IFA wants to make sure citizens act NOW to voice their concerns. In addition, citizens who fail to comment during this period will be excluded from participating in any further regulatory actions related to this project.

Comments can be emailed to comments-eastern-hoosier@usda.gov or
mailed to:

Comments should also be copied to Senators Mike Braun and Todd Young, as well as Indiana members of the U.S. House of Representatives.

More information and resources on the Buffalo Springs project can be found on the IFA website at
www.indianaforestalliance.org and www.savehoosiernationalforest.com.