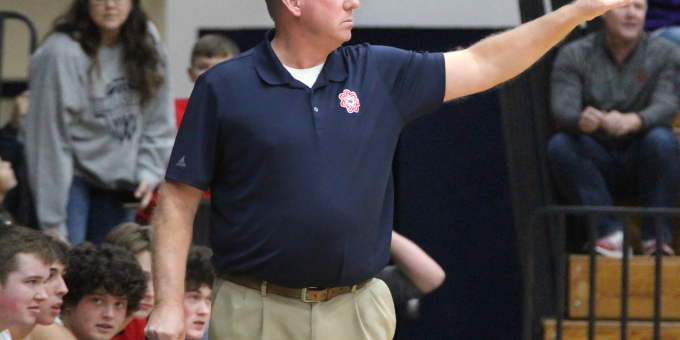 BEDFORD – Does the date Dec. 13, 2003 have any historical significance? In the news that Saturday, former Iraqi dictator Saddam Hussein was captured during Operation Red Dawn. In sports, Bedford North Lawrence posted a victory over Bloomington South. The world hasn’t been the same since.

Back then, flip phones with cameras were the new rage. “The Sopranos” was the must-watch television show. The Internet was dial-up. The original Xbox was the must-have game system. My, how things have changed. The one constant from that time period? South hasn’t lost to the Stars.

For 18 consecutive seasons, the Panthers have dominated the rivalry. BNL has had five different coaches. The other constant? J.R. Holmes still coaches at South. He can thank the Stars for helping him break the state record for career wins.

BNL will seek to end that streak on Friday night, making the short trip north to South. Think 18 is a lot? The Stars (0-1) will be seeking their first road win in the series since 1996.

Holmes, now with 881 victories and counting in his 53rd season (setting a mark that will probably never be approached), downplays the South run at BNL’s expense. Were any of the current players even born? To them, the streak is trivia, although it’s hardly trivial. It defies logic. Go back in time to 2003 and tell somebody what was about to transpire, they wouldn’t believe it.

“I wouldn’t have believed it either,” Holmes said. “But that’s not too important because these guys don’t have those victories. And the kids at Bedford don’t have the 18 losses. They haven’t been involved in all those games.”

Casting history aside for the moment, focusing on the present, South (1-1) presents a big challenge. As in size, with 6-8 senior Gavin Wisley (13.0 points per game) and 6-6 senior Rhett Johnson up front. Factor in senior guard Aiden Schmitz (12.5) among the nine seniors on the roster, and the Stars have some work ahead.

“They’re big, they’ll try to pound it inside against us, as small as we are,” BNL coach Jeff Hein said. “Hopefully our interior defense is good. They always play hard defensively and they’re physical.”

South started with a 52-36 win over Edgewood, then stumbled through a terrible shooting night at New Albany while suffering a 44-43 setback. “We’ve been horrible offensively,” Holme said, although that low standard was set during last year’s clash with the Stars. Remember the 33-24 decision a year ago?

BNL is much better now. The Stars pushed No.10 Bloomington North to the brink in their opener, finally falling 57-55 on a disputed last-second shot. If BNL can battle with the Cougars, it can compete with any felines.

“The effort was there the whole night,” Hein said. “For 29 minutes, we were OK. The last three, we struggled. We had some bad turnovers, missed a couple of front ends on the 1-and-1. There were things to shore up, but there always are the first couple of games of the year. We have to learn and move on.

“I look more at the run, when we were up 35-25, we had about a three-minute span. We had to control tempo, and most of the night we were able to do that. We bit into their game for about a three-minute stretch, and that came back to haunt us. We went away from our game plan a little bit and it got them back in the game.”

BNL will rely again on production from Colten Leach (20 points in the opener), Colton Staggs (15 against North, and 18 last season against South) and Trace Rynders (11 points with three treys). The Stars will also seek to control tempo with their patient game, which South doesn’t like. Nobody likes to play defense that long.

“Rynders is a problem, if he’s hitting threes like he did against North, because you have to help off on Leach and Staggs,” Holmes said. “And he’ll shoot some from the parking lot, really deep. Most of the time it’s 30-40 seconds of dribble dribble, they’ll try to drive and create, and they were pretty good at it against North. I’m sure they’re kicking themselves in the bottom for losing that game.“

“Our season will continue on, win or lose,” Hein said. “Our goal is to win every game we play. We learned a lot from Week One, I’m sure they learned a lot from their first two games. Beating South doesn’t make our season, there’s a lot of games to be played.”

Last meeting: Last year at BNL, the Panthers scratched out a 33-24 victory. Tyree Rochell had 18 points for South, Colton Staggs had 18 for the Stars, who hit only 8 of 36 shots.

Game notes: South has won 18 straight in the series. South coach J.R. Holmes holds the state record with 881 career wins during his 53 seasons as a head coach.