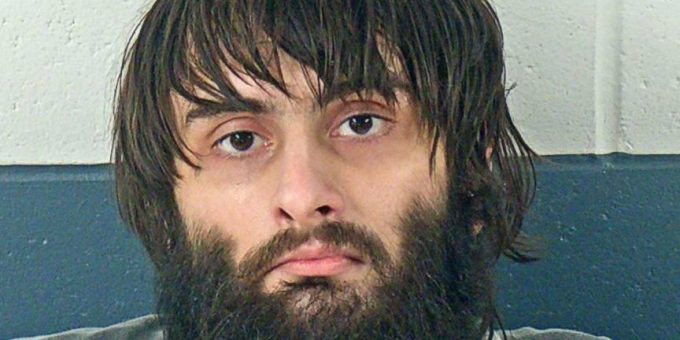 MITCHELL – A Mitchell man was arrested after Lawrence County Sheriff’s Department deputies received information that 26-year-old Cody Powell, who was warranted on two active warrants was at a home in the 6000 block of State Road 60 West.

When police arrived at the home they were told Powell was in a bedroom at the end of the hall. Officers went to that bedroom and found Powell laying on a bed. Also on the bed police found several syringes, blood-soaked pieces of tissue. They also found a baggy that contained crystal meth and other syringes.

Powell resisted the officer’s attempt to handcuff him, however with the assistance of a second officer Powell was safely detained.