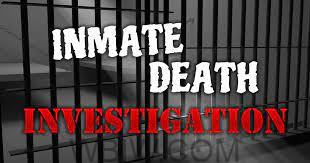 HUNTINGTON –  The Indiana State Police is investigating an inmate’s death at the Huntington County Jail.  Preliminary information has found that at approximately 3:00 a.m. Saturday morning, Huntington County jail staff were alerted by another inmate of a possible medical condition in one of the cellblock.

ISP Detectives stated that there did not appear to be any sign of physical altercation or struggle.  Parks has had previous medical problems in the past.  Toxicology and autopsy results to determine the cause/manner of death are pending with the Huntington County Coroner’s Office.

The family notification has been made.

This is an ongoing death investigation.  At this time there is no further information to release.