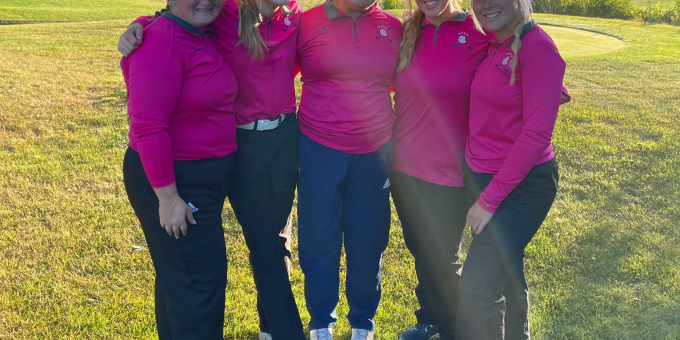 CARMEL – With the first-day nerves calmed and the system shock soothed, Bedford North Lawrence completed the final round of the 50th IHSAA state finals with the expected panache of a proud program.

The Stars shook off the struggles of the opening round and carded a respectable 372 during Saturday’s final round of the championships at Prairie View Golf Club. BNL finished 36 holes with a 775 team total, securing 15th place in the 18-team field.

While top-ranked Carmel powered to the team championship, BNL applied tough lessons learned during the first round and exacted some measure of comeback revenge on the difficult course. The Stars moved up one spot from their 18-hole position but left with a far greater sense of satisfaction.

“I didn’t know what to fully expect going into the tournament,” BNL coach Kori Johnston said. “The scores we posted today were closer to what I was expecting yesterday., But for the first time seeing it, I’ll take it.

“We had the nerves of competing in our first sate finals, having the big galleries, kind of a daunting course. But we also learned a little bit, some shots we didn’t want to have again, places we wanted to lay up that we didn’t consider before. They took their time.”

Chloe McFaddin, celebrating her birthday, carded a second-day 88 (with 7 pars). Freshman Kinleigh Root fired a 91 that featured the team’s only birdie (on the par-4 17th hole) and four pars. Kenley Craig had six pars on her scorecard and a 96 total, and Ellie Horton closed with two pars and a 97.

McFaddin’s team-best two-round total of 182 was tied for 60th in the field of 104 golfers.

The good news for BNL, which made its first finals appearance since 2018 and its ninth in program history, is four of the top five return next season. The lone loss will be senior Nora Howat from the fifth lineup spot.

“We’re bummed to lose Nora, but I’m excited to have those four back,” said Johnston, who guided the Stars to a 10th straight sectional title and runner-up finish in the regional. “They’re solid golfers, and we have some incoming players to keep your eyes on. I was very happy with the season. We put up a lot of really good scores, and there was a lot of improvement from the full roster. That’s all I can ask. I expect us to get even better. I don’t want us to let our foot off the gas.”

Carmel won the team crown with a two-round total of 629. No.2 Castle, the regional champion in front of BNL, was the state runner-up at 643, finishing tied with No.3 Center Grove.

Columbus North freshman sensation Ava Bunker was the individual medalist with amazing rounds of 69-73 for a 2-under total of 142. She won by 9 shots.