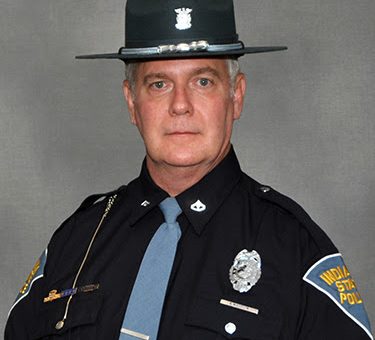 He will serve as the District Investigative Commander for the Putnamville Post.  His responsibilities will be to provide supervision and support to the district investigators, as well as to plan, coordinate, and manage all the district criminal investigations for the Putnamville Post.  First Sergeant Maudlin earned this promotion through a competitive selection process.

First Sergeant Maudlin is a 28-year veteran of the Indiana State Police. He is a 1985 graduate of Whiteland Community High School in Whiteland, IN, and a 1990 graduate of Hanover College where he earned a bachelor’s degree in business.  In 2000, Maudlin graduated from Indiana State University with a Master’s Degree in criminology.

In July of 1993, First Sergeant Maudlin graduated from the 50th Indiana State Police Recruit Academy and was assigned to the Toll Road Post.  During his career Maudlin has served the state police as a member of the Tactical Intervention Platoon, as a commercial vehicle enforcement officer, and as a detective.

First sergeant Maudlin resides in Hendricks County with his wife Laurie and his daughter Lauren.