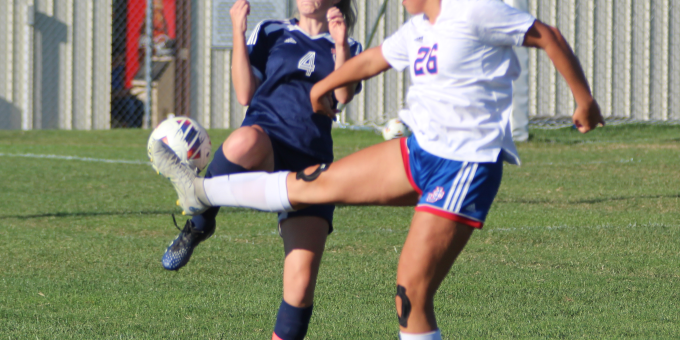 BEDFORD – “Man down” is normally a distress call for the wounded, and that term had a double meaning for Bedford North Lawrence.

With a heavy-duty laundry list of various injuries, ranging from concussions to ankle ailments, the Stars were short-handed during Thursday’s clash with Jennings County. Giving up a one-player advantage, BNL couldn’t generate any offensive attack while suffering a 9-0 loss to the Panthers.

BNL (0-7-0 overall, 0-4-0 in the Hoosier Hills Conference) had only 10 available athletes (the first time this season the Stars have failed to field a full force). Jennings took advantage of that edge, scoring more as the Stars wore down. The Panthers eventually triggered the mercy rule, recording the final goal with only 40 seconds left. That rule enforcement was unnecessary and didn’t tell the nature of the outcome.

“I don’t think the score necessarily showed the true contest,” BNL coach Bret Roberts said. “We were tired and they just kept going. We put up a good battle. It’s hard to play that way for 80 minutes. It’s tough. We were definitely getting worn out.”

Jennings (3-4-1 overall, 1-2-0 in the league) got a hat trick from Abby McDonald and two goals by Maddie McIntosh to overwhelm the Stars.

Cheyeanna Leslie started the scoring at 31:36, and McIntosh followed with her first goal at 24:22. Audrie McClintock settled a corner kick and converted at 18:17, and McDonald chipped in a loose ball in front of the net after BNL goalie Rose Dusard deflected a shot off the cross bar at 8:24.

In the second half, Bree Gaylen found free space for a goal at 32:06. BNL’s fatigue showed during the final 15 minutes as the defense wilted into a traffic scrum in front of the goal, with Jennings scoring its final four. McIntosh, Chloe Franks and McDonald (twice) finished off the scoring spree.

The Stars applied no pressure on the Jennings goal, failing to establish a possession in the penalty box.

“I needed a fast player up top, and we could have snuck some in there,” Roberts said. “They played with heart tonight. They’ve had some trouble getting to show a lot of effort, and I wouldn’t have blamed them in this situation. But they played with passion and wanted it. They didn’t give up.”