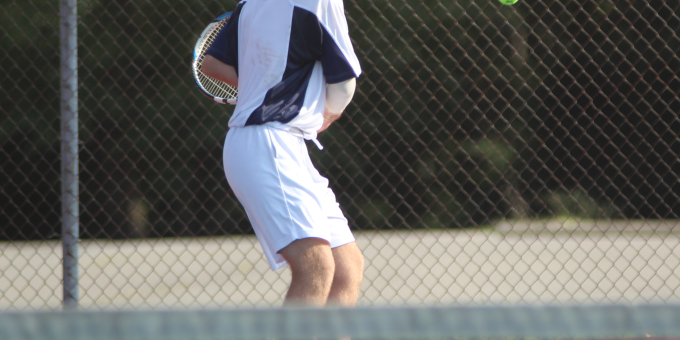 The Stars broke through for their lone win at No.2 doubles as Nate Pemberton and Carter Kimmel clipped Elix Preston and Evan Schneider 6-4, 6-4.

“I think our teams are very close in terms of tennis skill, but Brownstown was better tonight, no doubt,” BNL coach Chris Kurtz said. “There were some positives. Carter and Nate are trending in the right direction at 2 doubles, improving with each match.”

In singles, the Braves controlled the courts as Smith Hackman topped freshman Orion Hill (who stepped in for ailing Graham Turner) 6-4, 6-2 at No.1. Pierson Wheeler wheeled past Gavin Baker 6-1, 6-1 at No.2, and Bryce Reasor stopped Isaac Bridges 6-4, 6-2 at No.3.

“Orion was fantastic at 1 singles,” Kurtz said. “Graham has been sick this week and wasn’t able to go, so Orion stepped in for his first varsity match. He just did what he’s been doing in practice and JV matches all year, plays hard and without fear. He’s an exciting player with a bright future.”

BNL (3-8) will compete in the Edgewood Invitational on Saturday.