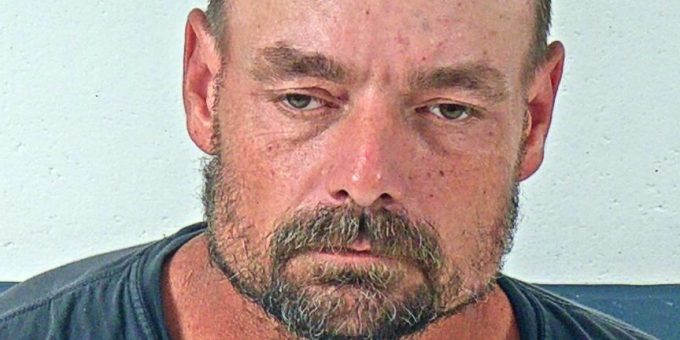 BEDFORD – A Bedford man was arrested on Thursday, August 8th after a Lawrence County Sheriff’s Department deputy received a complaint of a violation of a protective order.

When police arrived at the station they spoke to two females in the squad room. One female said at 1:53 a.m. that morning she received a Facebook message from 41-year-old Jason Evans.

She told police Evans had been served a protection order on July 7, 2022.  The woman stated she had blocked Evans on social media however he was communicating with her through an old chat from last December and Evan’s biological daughter.

Police say the first message was sent to the woman at 1:53 a.m. on August 8th and he continued to send messages. The woman responded at 6:13 a.m. saying “ok well no contact means no contact”. He then responded saying “Plz don’t have done anything to you and have not tried to get ahold of you, A class 6 fal is bad enough 3 years don’t need anymore”.  Thereafter, there were not any other communications between the woman and Evans.

The information was forwarded to the Lawrence County Prosecutor’s Office and a warrant was issued for Evan’s arrest on a charge of invasion of privacy.