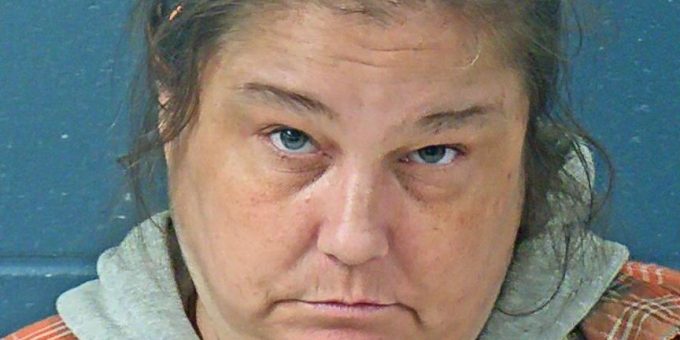 According to a probable cause affidavit, Bedford Police officers responded to the hospital after a report 45-year-old Dara Hagemier, who went to the hospital earlier in the day and was requesting to be evaluated for psychiatric issues.

Staff advised that they had gone through the process to get Hagemier a tele-psych evaluation, and that is when she began to refuse any treatment. Staff advised officers that Hagemier then requested to be discharged from the hospital. When Hagemier was medically cleared and given her discharge papers, she refused to leave the hospital.

When police arrived they found Hagemier laying on a bed in a room in the emergency room department.

Officers told Hagemier that she had been discharged from the hospital and she needed to leave.

Hagemier refused to speak with the officer and at times would mumble incoherently.

The officer informed Hagemier several times that she needed to leave the hospital and if she refused she would be arrested. Hagemier ignored the officer’s warnings.

On the way to the police vehicle, she continued to stop walking several times and had to be pushed to the car. Once at the vehicle Hagemier refused to get in and had to be forcibly placed in the car.

She was then transported to the Lawrence County Jail on a charge of criminal trespass. Once at the jail, jail officers assisted in escorting her inside.