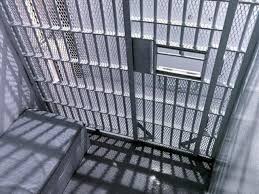 BLOOMINGTON – The Bloomington Police Department is investigating a shooting that occurred in the 1600
block of North Kinser Pike.

On July 27th at approximately 4:50 a.m., officers responded to Kinser Flats Apartments in reference to a 911 call reporting that they had located a man inside an apartment that they believed to be deceased.

Upon the arrival of officers, a man was located inside a bedroom of an apartment on the first floor with an apparent gunshot wound. Officers immediately initiated life-saving efforts and an ambulance crew arrived shortly thereafter and assumed care of the victim.

However, resuscitation efforts were not successful and it was determined that the man was deceased. He was identified as a 28-year-old man that lived in the apartment.

Investigators interviewed numerous individuals throughout the building and reviewed surveillance camera footage. Several apartments were searched and officers located items of evidentiary value in multiple locations. Upon the completion of interviews, it was determined that a male suspect and the victim had gotten into an argument in the bedroom of the victim’s apartment.

It was reported that during the argument, the suspect produced a handgun and fired one round, which struck the victim in the head. The victim collapsed to the floor and the suspect then exited the apartment with the handgun still in
his possession. Witnesses stated that the suspect later fled from the building.

Investigators were eventually able to identify the suspect as 23-year-old Kendrick Q. Webb, a transient.

Through a variety of investigative techniques, it was determined that Webb had fled to the Chicago area.

On August 10th at approximately 2:30 p.m., Bloomington Police Detectives, along with task force members from the United States Marshals Service, observed Webb on the front porch of an apartment building in the 2200 block of Mannheim Road in Melrose Park, Illinois.

Task force members converged on the building and took Kendrick Webb into custody without incident. He was then transported to the Cook County (Illinois) Jail, where he will await extradition back to Monroe County.

Kendrick Webb has been charged with murder and unlawful possession of a firearm by a serious violent felon.