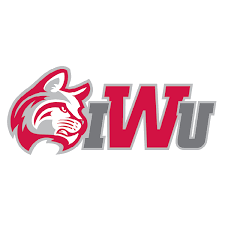 MARION – Indiana Wesleyan University illustration professor Keith Lowe collaborated with a group of talented artists to help create a new exhibit at the Creation Museum titled “Borderland: Israel and the Time of Jesus.” The exhibit teaches about the life and culture of first-century Israel through illustrations, artifacts, videos, dioramas, full-scale models, signage, and more.

Lowe spent about six months involved in the project. All illustration work was completed remotely and in a collaborative fashion, with multiple artists working on the same image. Each illustrator would work about ten hours on an image, save the work and pass it to another artist to contribute.

“It’s a unique approach, and I learned a great deal about a collaborative process with other illustrators,” said Lowe. “The elements that you painted could end up being altered or changed during the process. This meant your unique ‘voice’ became more of a chorus. However, the works were better thanks to what each artist uniquely brought to the table.”

Before Lowe and the other artists began work, a dedicated historical team—led by Art Director Travis Wilson—spent nearly a year laying the factual groundwork for the exhibit. Museum-goers can now dive into the historicity of the clothing, food, and culture, during peacetime, and conflict, which is all depicted and discussed in great detail. They also can explore major people groups—including the Jews, Gentiles, and Romans—and how they lived in relation to each other.

“This exhibit tackles the historical imagery of Israel in the first century, in a way that I have not seen before,” said Lowe. “My hope is that students who see the work feel a deep connection to the very real world in which Jesus lived. I also hope they have an understanding that as illustrators, our work is not only to make something beautiful but also to tell powerful stories that can educate and motivate.”

The exhibit opened in July 2021 and holds a permanent place in the Creation Museum, located in Petersburg, Kentucky.