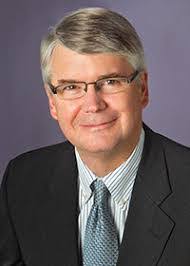 “Earlier today a radical conservative majority of the US Supreme Court overturned Roe v. Wade, pushing women’s reproductive privacy and options to the states,” said Hamilton. The appalling chain of events about to unfold in Indiana sends a clear message to Hoosier women and those capable of pregnancy that they are not full and equal citizens in the eyes of Governor Holcomb and the General Assembly.”

He continued with saying that due to the ruling, he plans to fight with the female population of Bloomington and Indiana to fight alongside them moving forward.

“Millions of Americans and tens of thousands of Bloomingtonians face a much darker future because of today’s extremist decision,” Hamilton said. “As mayor of Bloomington, I pledge to fight alongside our Planned Parenthood, All Options Pregnancy Center, and other partners supporting the rights and choices of the Bloomington women and families we are proud to serve.”