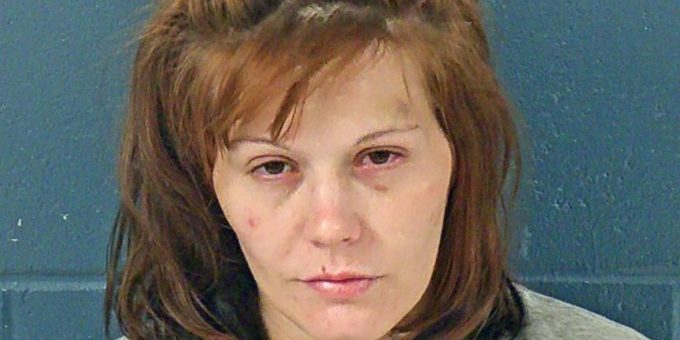 MITCHELL – A Bedford woman was arrested when Mitchell Police officers were called to a home in the 120 block of East Deckard Drive after a report of a domestic fight.

When police arrived at 7:30 p.m. on Monday, June 21, they spoke to a male who was visibly upset and had swelling above his right eye.

The male told police that 28-year-old Amanda Davis had just struck him in the face and that she was inside the residence.

Police noted that they had dealt with both parties earlier in the day at the Mitchell Police Department.

The officer then went to the door and announced his presence. Officers searched the home but could not find Davis inside. She had fled out the back door.

Officers searched the property and surrounding area but were unable to locate Davis.

The male signed a battery affidavit.

He told police Davis had come in through the back door of the residence and hit him in the face due to a domestic verbal that occurred earlier in which the male had called police.

He said Davis was “cussing him out” and he said he was going to call the police.

The information was forwarded to the Prosecutor’s Office and a warrant was issued for her arrest. She was arrested Wednesday on a charge of domestic battery.