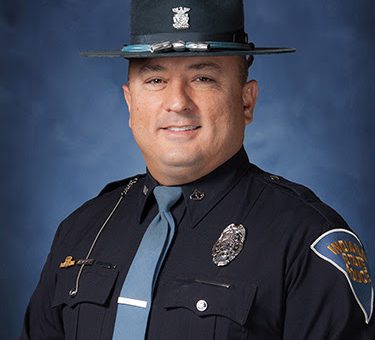 Sherwood, an Elkhart County native, is a graduate of Elkhart Central High School.  He went on to earn a degree in Physical Education from Anderson University.

During his tenure with the State Police Sherwood has served as a Field Training Officer (FTO) and on the Tactical Intervention Platoon (TIP).

Sherwood has investigated many high-profile cases throughout the years and earned an award in 2014 for Investigation of the Year for an investigation he conducted for a double murder and police action shooting that occurred in a local grocery store.

When asked to sum up his career, Sherwood says he does not even know where to start because there has been so much.  Sherwood’s last day is Tuesday, June 14, 2022. He will make the trip to Indianapolis to turn in his car and equipment before going “10-42” for the last time.