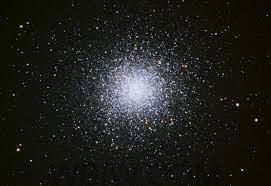 INDIANA – The Strawberry Moon will come to peak illumination on June 14, dominating the night sky.

The term strawberry moon has nothing to do with the actual look or hue of the moon.

According to the Old Farmer’s Almanac, indigenous communities used this name for the June moon because it coincided with strawberry harvests in parts of North America. Some Europeans called this Full Moon either the Mead Moon or the Honey Moon because honey is also ready to harvest this month. Incidentally, the word “honeymoon” might also be linked to this Full Moon. The word has been found at least as far back to the 1500s in Europe and again, it may be because a lot of weddings took place in June.

This is a supermoon, when the full moon appears slightly larger than its annual mean size, does mean it will look more vibrant — particularly when the moon reaches its peak size around 7:50 a.m. ET, according to astrophotography app Photo Pills. At that time, the moon will be at its closest point to Earth: 222,664 miles away (that’s roughly nine times around Earth via the equator).

While the Moon is available all night, the nights are shorter in June due to the approaching summer solstice. That means you will have a little less time to enjoy its beauty in the night sky.

The next Full Moon will reach its peak at 2:37 p.m. Eastern on Wednesday, July 13. July’s Full Moon is usually called the Buck Moon.

See the planet Mercury in a new light as it nears its point of greatest western elongation (the largest point of separation from the sun) on June 16. For much of the year, Mercury orbits closer to the sun than Earth, according to Photo Pills. The sun overpowers this small planet, making it faded and tough to see. By June 10, Mercury will appear brighter; it reaches the brightness climate, the point of greatest western elongation on June 16.

The summer solstice is the longest day of the year, marking the first astronomical day of summer in the Northern Hemisphere (and the shortest in the Southern Hemisphere), according to the Old Farmer’s Almanac.

On June 24, five planets will move into a rare alignment, which will be visible from Earth. Mercury, Venus, Mars, Jupiter, and Saturn are lining up — in that order — for the first time since December 2004.

While it is common to see a conjunction of three planets close together, seeing five is rare, according to Sky & Telescope.

By June 24, Mercury will become easier to spot above the horizon just before sunrise. Grab your binoculars and find your viewing point at least 45 minutes before the sun rises on the eastern horizon. A waning crescent moon will be in the sky that night. You’ll need a clear view of the horizon out to the east to fully enjoy this show.

Another astronomical phenomenon that will be visible in June is the M13 globular star cluster, a tightly packed spherical collection of stars. The M13, also known as the Hercules Cluster, contains thousands of stars, which are thought to be around 12 billion years old — almost the age of the universe itself, NASA says.

To locate Messier 13, look toward the four stars known as the “Keystone,” which supposedly forms the body of Hercules. A keystone is the stone atop an arch and is narrower at one end. The keystone of Hercules is composed of the stars Eta, Pi, Epsilon, and Zeta Herculis

The June Bootids meteor shower will fill the sky with hopefully hundreds of meteors per hour. Most years it generates a weak handful of meteors per hour. Mark your calendar for June 27, when it tends to be the most active, according to Spaceweather.com.  To monitor for it, find the Bootes constellation, located left of the Little Dipper, either before dawn or after dusk.