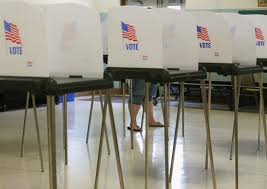 INDIANAPOLIS – Secretary of State Holli Sullivan today announced the start of post-election audits for the 2022 election cycle. Audits will begin this week, examining the results of the 2022 primary.

“Our post-election audits are another step Indiana takes to safeguard our elections ensuring Hoosiers are confident every time they cast a ballot,” Secretary Sullivan said. “Audits provide a check-and-balance on our elections process, verifying that all votes are accurately counted and proper election procedures are followed. That is why earlier this year, I announced we would double the number of post-election audits for the General Election.”

“I am thankful for the partnership of elections administrators in our selected counties. Their participation not only serves their residents, but voters across the state,” Secretary Sullivan added.

The Secretary of State’s office conducts audits in partnership with the Voting System Technical Oversight Program (VSTOP) at Ball State University in Muncie.

Indiana’s post-election audits provide strong statistical evidence that an election outcome is correct. This is done by manually checking a randomized sample of paper-voted ballots. In a post-election audit, ballots are not tallied by scanners. Every sampled ballot is hand-counted to determine if the initial machine readings are confirmed and accurate.

The Voting System Technical Oversight Program (VSTOP) project is directed by Dr. Jay Bagga from Ball State’s Department of Computer Science, along with Dr. Bryan Byers from Ball State’s Department of Criminal Justice and Criminology. The VSTOP team advises the Indiana Secretary of State and the Indiana Election Commission on the certification of voting machines and electronic poll books in Indiana. VSTOP helped pioneer first-in-the-nation legislation authorizing the certification and testing of electronic poll books before they are permitted to be used in elections in Indiana. The project also entails the creation of a database containing all voting machines used in Indiana as well as reports on the best practices for operation of election equipment and for poll worker training.