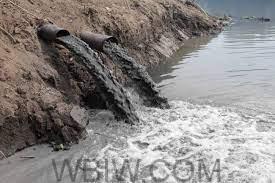 INDIANA – Indiana tops the list of states with the dirtiest waterways, according to a new report that found nearly 25,000 miles of Hoosier rivers and streams are too polluted for recreation and swimming. That’s more miles of polluted waterways than in any other state.

The report by the Environmental Integrity Project, a nonprofit watchdog organization that advocates for more effective enforcement of Environmental Protection Agency regulations, found that Indiana reported to the EPA that 73% of its rivers and streams — more than 24,000 miles of waterways — contain pollutants, mainly excess E. coli bacteria, and phosphorus, that make them potentially unsafe for human contact.

Based on those reports, it found that roughly half of the river and stream miles and lake acres that have been studied across the U.S. are so polluted they are classified as “impaired.” That means they are too polluted to meet standards for recreation, fish consumption, aquatic life, and drinking water.

This report comes 50 years after the Clean Water Act was established in 1972, and set goals of making all waters across the U.S. “fishable” and “swimmable” within 10 years. But Indiana and other states are far from achieving that goal.

“We’ve actually seen big improvements, but not all the challenges have been met,” said Dr. Indra Frank, director of environmental health and water policy for the Hoosier Environmental Council.

E. coli, Frank noted, is a bacterium that originates in the digestive systems of both animals and people — “It’s a measure of how much bodily waste is getting into waterways,” she said the report indicates that confined animal feeding operations (CAFOs) throughout the state are a key part of the problem along with factory farms that we use to raise livestock.

However, environmental officials and advocates alike caution against assigning too much culpability to farmers and owners of those feeding lots. Aging municipal sewer and stormwater systems that are unable to handle unusually high volumes in the aftermath of torrential rains, for example, mean that excess sewage is sometimes released directly into rivers and streams.

Malfunctioning septic systems, as well as chemicals used in fertilizing lawns and fields, are other sources of pollution.

Though agriculture is a big problem, industrial facilities also share in the blame.

Industrial facilities are called point sources of pollution and are regulated by permits that are approved by the state and EPA. Still, many companies have regularly and repeatedly violated their permit and sent pollution into nearby waterways.

Indiana regulates CAFOs and confined feeding operations (CFOs) under a set of requirements that are considered more stringent than federal regulations. Among those requirements are criteria that address facility design, construction, and maintenance; setbacks from streams, wells, roads, and residences; manure handling and storage procedures; monitoring and record keeping; and stormwater runoff from production areas.

Such sources are a major threat to water quality, the report said. Issues extend beyond Indiana, as 90% of Indiana’s waterways drain to the Mississippi River and down to the Gulf of Mexico, where algal blooms have choked out aquatic life.