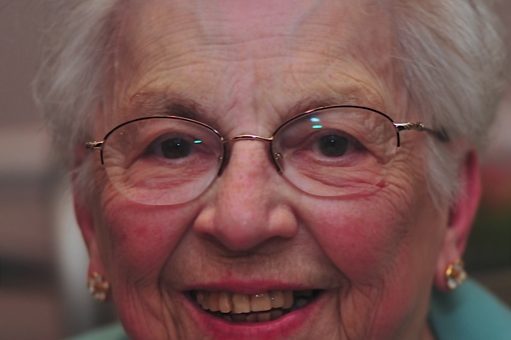 Born on May 15, 1924, Frances was the daughter of Edward and Frances Regina (Hauser) Secker. She married Hedley “Kenneth” Ramsden on May 25, 1946, and he preceded her in death.

Frances worked at the Cracker Jack factory in accounting and for Argo Corn Products. A devout Roman Catholic, Frances was a talented seamstress, and book lover, and was devoted to her family.

Cremation was chosen with a memorial service to be held at a later date.

Ferguson-Lee Chapel of Thorne-George Family Funeral Homes has been entrusted with the
arrangements for and care of Mrs. Ramsden.
Condolences and remembrances may be sent to the family at www.FergusonLee.com.