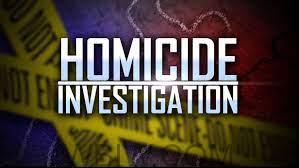 In a news release, Harrison County Coroner, Jeremy McKim, lists the preliminary cause of death as a self-inflicted gunshot wound, and the manner of death as suicide.  The release also advises the final autopsy report is pending receipt of toxicology testing.

A firearm and other evidence were recovered from the scene during the initial crash investigation.  Initial indications at the scene alluded to a self-inflicted gunshot, however, an autopsy was conducted to positively confirm the cause of death.

Earlier – Indiana State Police is investigating after a Valparaiso man wanted in connection with a double homicide crashed shortly after a Trooper attempted to stop his car.

Around 5 a.m. Friday, area law enforcement was advised to be on the lookout for a gold Buick passenger car and its driver in reference to a double homicide that occurred late Thursday night in Evansville, Indiana. While searching for the car, Trooper Dakota Novak spotted a car matching the description backed into a hotel parking spot just north of I-64 in Corydon, Indiana.

Trooper Novak noted that the car was occupied and requested assistance before approaching the car. A short time later the car pulled out of the parking spot and Trooper Novak followed just as Harrison County Deputies also arrived. After the Buick turned north onto State Road 135, Trooper Novak attempted to stop the car, however, the car sped off at a high rate of speed, and Trooper Novak advised he was in pursuit. In a matter of seconds, the gold Buick crossed over the center line and drove off the west side of the roadway. The car then ramped over a driveway and became airborne before striking a utility pole and coming to rest upside down off the west side of the highway. The driver was pronounced dead at the scene by the Harrison County Coroner.

A crash reconstruction team arrived to investigate the crash and detectives from the Evansville Police Department were also contacted.

The investigation reveals that the driver was, in fact, the suspect wanted in connection with the two murders in Evansville on Thursday evening. The suspect has been identified as Samuel Aaron Robb, 30, of Valparaiso, Indiana.

The crash investigation is ongoing, and an autopsy is scheduled for Monday morning. Further information on the actual cause of death is expected to be released following the autopsy and this news release will be updated pending the official autopsy report.