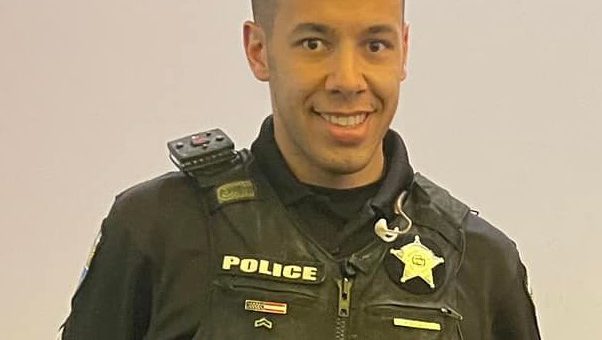 Officer Zarek B. Finley, 27, of Wolcottville, was arrested on multiple felony charges and is currently being held in the Noble County jail without bond pending his initial court appearance.

The investigation began on February 4, 2022, after information was reported to ISP detectives by the Noble County Sheriff’s Department and the mother of the involved 16-year-old female victim.  In that initial complaint, the mother reported information that alleged Wolcottville Police Officer Zarek Finley, while acting in his official capacity, had allegedly been exchanging inappropriate electronic communications with her 16-year-old daughter via social media messaging platforms.  From this information, detectives began an immediate and thorough investigation.

Based on information and evidence collected by detectives to this point, an onsite arrest was made Monday afternoon.  After review by the DeKalb County Special Prosecutor assigned to the case, it was determined that the following criminal charges would be filed, with the possibility for more criminal charges forthcoming.

Finley is facing felony charges of attempted child seduction, attempted dissemination of material harmful to a minor, and attempted possession of child pornography.

This is an ongoing criminal investigation, for which there is no further information to release at this time.  Any questions regarding the employment of Officer Finley should be directed to the Wolcottville Police Department.

ISP Detectives were assisted in this investigation by Federal Bureau of Investigation (FBI) Task Force Officers.