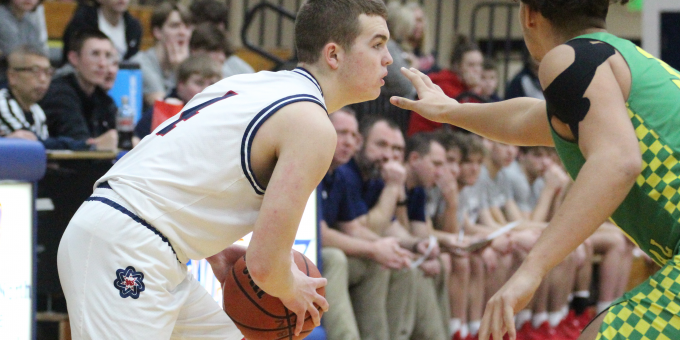 The Stars will seek that start that surge on Saturday afternoon, hosting Evansville Memorial in their next-to-last home appearance of the season. It sure seems strange to point that out this early in February, but BNL’s NBA-similar stretch run will include several challenges away from BNL Fieldhouse. That makes it even more important to hold serve at home.

That heightens the urgency for a quality performance and building-block victory. BNL (6-7) has been able to kickstart February with wins over the Tigers the last two seasons. Two years ago, during Memorial’s first trip to BNL Fieldhouse, the Stars got locked in for a seven-game winning streak. Last year’s 53-51 triumph at Memorial ignited an eight-game burst that took the Stars to the sectional final.

Memorial (9-7) has been hot of late, winning four of its last five. The Tigers will feature senior guard Connor Agler, the team leader in scoring at 15.6, and 6-5 sophomore left-hander Tucker Tornatta (8.9 points, 8.2 rebounds). Junior forward Blake Anderson, the second-leading scorer at 9.1, has been nursing a recent knee injury.

“They’re young but they’re good,” BNL coach Jeff Hein said. “We’re very comparable. They will play hard, they will compete. Agler is really good. He can drive it and score it. And they have good complementary players. They’re gritty, they get in you defensively. They don’t make many mistakes.”

Agler has been a handful, limited to single digits only twice this season since assuming the prominent offensive role. He had 22 points (matching his career high) against South Spencer, 21 against both Castle and Mt. Vernon.

“Connor is our leader,” Memorial coach Heath Howington said. “He brings it every day. He has really stepped up this season. Connor presents a tough matchup for opponents because he can score inside and out. He penetrates well and can also find his teammates on drives.

“Our team has a lot of versatility. We have a lot of depth and our lineups can change situationally. We have a good mix of hard-nosed seniors as well as some younger players who have really elevated their play. We will continue to focus on the defensive end down the stretch.”

BNL will counter with the guard combination of junior Colten Leach (13.6) and Colton Staggs (11.8).

“We know Coach Hein will have his team well prepared as he always does,” Howington said. “We have so much respect for him and how he does it. They are led by Leach and Staggs, two dynamic guards that demand a lot of attention from opposing defenses.

“Everyone understands their role. We will have to work together in keeping the ball in front of us and try to stay out of rotations as much as possible. We know that is easier said than done with their guards. We are looking forward to a big road test on Saturday.”

Last meeting: Last year at Memorial, the Stars prevailed 53-51. Colten Leach had 21 points and Kooper Staley added 13 for BNL. Caleb Stewart totaled 17 points and Justin Waiz had 15 for the Tigers.

Game notes: BNL is 2-0 against Memorial, the first meetings in the series since the 1987 semistate. The Stars won 54-40 during Memorial’s first visit to BNL Fieldhouse in 2020.