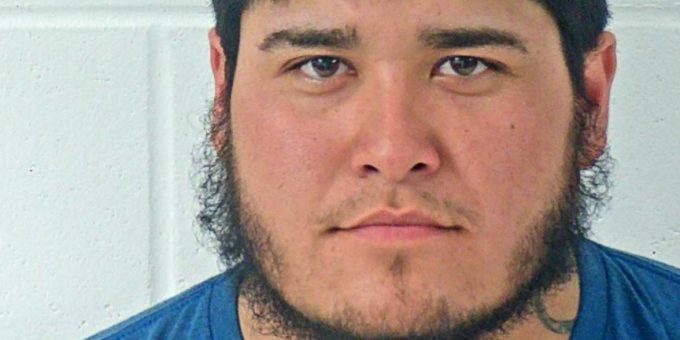 BEDFORD – A Texas man was arrested after Bedford Police officers were called at 1:18 a.m. on Saturday to Downtown at Dacar’s at 1005 16th Street in reference to a male causing a disturbance. The man was armed with a gun.

When officers arrived they found 23-year-old Bernardo Villa Jr. walking away from the crowd headed east towards J Street.

The security employees told police two men were in an altercation inside the bar and they were refusing to leave.

One of the security guards placed one of the males in a headlock and escorted him out of the establishment. While doing so another male pulled a gun from under his bid overalls and made threats.

The security guard told the male later identified as Villa to leave and he followed the guard outside.

Officers found a 40-caliber Smith & Wesson firearm in front of the Courtroom Bar and Grill in a flower pot. The gun was loaded with a full magazine and one round in the chamber. The gun matched the description given to police by the security guards.

Villa told police he did have a gun but never pointed it at anyone and there was no fight. He also stated he did not have a license to carry the weapon.

Villa was arrested on charges of intimidation, disorderly conduct, possession of a handgun without a license, public intoxication, obstruction of justice.