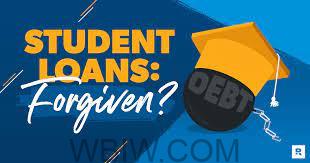 INDIANA – Nearly 1,200 Hoosiers are about to have some of their student loan debt forgiven, as part of a multistate settlement with the student-loan-servicing company Navient.

The settlement includes more than $31 million for Indiana.

Scott Barnhart, chief counsel and director of consumer protection for the Indiana Attorney General’s Office, said more than $26 million of Indiana’s cut will go toward loan forgiveness for borrowers. He advised borrowers to visit navientagsettlement.com to determine if they’re eligible.

“And that provides a lot of information for consumers who believe that they may be within that group,” Barnhart pointed out. “To find details on whether they qualify and what they need to do.”

In 2019, Indiana joined a coalition of more than three dozen states and Washington, D.C., in accusing the Delaware-based company of deceptive and unethical lending practices. Navient denied breaking the law and said the allegations were based on unfounded claims.

Barnhart noted the remainder of Indiana’s portion of the settlement will go toward compensating more than 16,000 people who have already paid into their Navient-handled loans, and about $700,000 will go directly to the state.

“And I think this is a win for consumers to move forward,” Barnhart contended.

More than 400,000 people across the country will have some of their loan amounts forgiven as part of the settlement, and 66,000 will have their loans canceled.