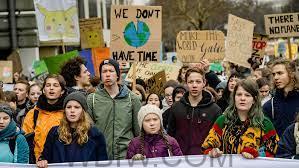 STATEHOUSE – Last week, Senator Ron Alting (R-22) filed Senate Concurrent Resolution 3 and Senate Bill 255, the climate legislation being championed by the groundbreaking statewide youth organization, Confront the Climate Crisis. SCR 3 and SB 255 have been co-authored by Senator Mike Bohacek (R-8). In the coming days, more Republican and Democrat co-authors will be added in support of the legislation. SCR 3 and SB 255 have also been endorsed by a broad coalition of 80 organizations and public officials.

This willingness to begin conversations about climate across party lines is what Confront the Climate Crisis was founded on and what they continue to fight for with this legislation. A full list of supporters of this legislation can be found at the end of this press release.

Confront the Climate Crisis is a high school student-led statewide campaign that seeks to engage Hoosiers and Indiana policymakers in climate action. The campaign is composed of over 150 Hoosier high school student volunteers with over 18,000 signatures on their petition to, “demand that our politicians at the statehouse identify the climate crisis as a crisis and declare a climate emergency, that state legislation is passed to set a goal for statewide carbon neutrality, and that legislation that works to eliminate environmental racism and the unequal effects of the climate crisis in primarily minority communities in Indiana.”

In September of 2021, Confront the Climate Crisis held a climate strike in West Lafayette and announced two pieces of climate legislation in partnership with Republican State Sen. Ron Alting, the sponsor of the legislation.

Rahul Durai, a sophomore at West Lafayette Jr./Sr. High School, explained why the campaign’s legislation is an integral piece of Indiana’s future, “It’s time for the state of Indiana to start a conversation about climate change and systematically implement policies to deal with it. By bringing our grassroots movement of Hoosiers to the Statehouse to pass this legislation, we will achieve that.” Confront the Climate Crisis is confident that their two pieces of legislation, the bill, and concurrent resolution, will be the first step towards Indiana addressing the concerns young people have been expressing for years.

The first piece of legislation will be a concurrent resolution to acknowledge the problem of unprecedented climate change. It will give scientific background about the climate crisis and other environmental injustices in Indiana. It will also address the economic development that Indiana can achieve through climate action.

Confront the Climate Crisis has garnered statewide support not just through its members, but also in media coverage. With the likes of Indiana Public Media, Indiana Environmental Reporter, and Indiana Economic Digest covering the campaign’s events, the excitement behind the campaign’s legislation is palpable – and growing.

In an effort to build further momentum and support around the legislation and raise further awareness about climate change, Confront the Climate Crisis will be holding a rally at the Indiana Statehouse on January 18th. See below for further event details. Confront the Climate Crisis welcomes further conversation with members of the media over the importance of this legislation. Several members of the campaign are available for interviews at your convenience.

In 2022, the statewide student-led Confront the Climate Crisis campaign will be introducing 2 pieces of groundbreaking legislation to the Indiana legislature under Senator Ron Alting. Join us to call on our legislators to support this legislation and take climate action now!

Organizations and Public Officials in Support of SCR 3 and SB 255: