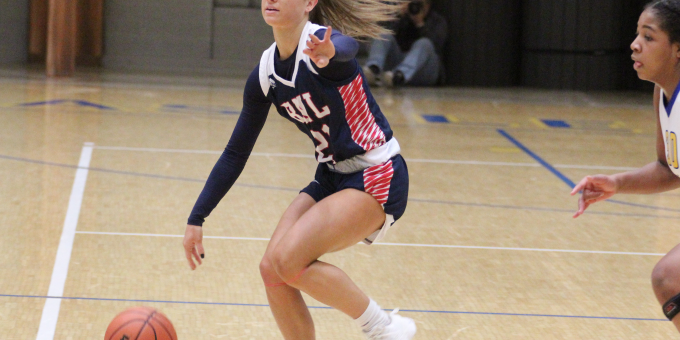 BEDFORD – Competing for a conference crown is a great motivational factor. So is revenge. Both those intangible points fall in Bedford North Lawrence’s favor as the top-ranked Stars prepare for a high-impact collision with the defending Hoosier Hills Conference champion.

BNL, which views the league title as a perennial possession after winning 21 trophies in program history, will seek to reclaim what it lost – and avenge a stunning gut-punch loss from last season – when the Stars clash with No.14 Columbus East in a titanic matchup at BNL Fieldhouse on Tuesday night.

The Stars (16-1 overall) are 4-0 in the HHC and could clinch at least a share of the title with a victory over East (3-0 in the league). But in case anyone forgot, and the Stars certainly have not, the Olympians ripped the conference crown away from BNL in 2021 with a thrilling 67-66 victory that featured more twists and turns than the U.S. 50 stretch of highway between Bedford and Shoals. East (13-3 overall) definitely has the superior size and offensive firepower to cause another BNL wreck.

Last year’s battle, upon further review, was both haunting and impressive. East exploded to a 24-3 lead as BNL fell flat on its face like a skateboarder on cement. The Stars hit only 1 of their first 15 shots and had 8 turnovers during that nightmare start. How can any team recover from that? Well, the Stars did, charging back and taking the lead late in the fourth quarter. But a critical turnover, and some clutch East free throws, sealed BNL’s final doom.

BNL coach Jeff Allen also recalls East’s last visit to BNL Fieldhouse, when the Olympians erupted to a quick 11-2 lead. The Stars roared back to win that one by 20. But Allen wants to end the slow-start trend right now.

“That,” Allen said with ominous overtone, “will be the No.1 priority for us. Let’s not let them have that type of advantage on us this year, where we’re playing from behind. Against a really good team, don’t put yourselves in a bad position to fight the whole game. So we need to play well in the first quarter, and I think we will. The kids are ready.”

East was certainly ready last season, with the shock-and-awe opening sending BNL into brief panic mode. The Stars snapped out of that, starting making shots, then wasted the lead-and-possession edge in the final 90 seconds and turned it over on a final chance to steal back victory.

“You have to give them credit,” Allen said. “They came out and played really well. I was proud of my kids for battling back and having a chance to win, but they played well.”

That’s enough of a recent history lesson. The battle lines for the rematch are clear and much more pertinent. East features a giant frontline and an All-Star candidate at guard, while BNL will counter with its speed and double-edged star-power sword of sophomore Chloe Spreen and junior Karsyn Norman.

For the Olympians, the scouting report starts with senior guard Koryn Greiwe, who just broke the school’s career scoring record (previously held by 1980 Miss Basketball Maria Stack). Greiwe, now with 1,535 points in four seasons, is averaging 16.6 points, and she’s been a problem for the Stars to contain. She totaled 22 points during last year’s clash.

“Koryn has always played really well against us,” Allen said. “She’s really crafty, very skilled. She has some strength, so she’s a problem. And they’re really big. It will be a contrast of two different types of players. We’re athletic and fast, and they’re big. So it will be the team that can enforce their style that will have the advantage. We will have to rebound. That’s always an issue for us, we know that. But in this game, we really have to do a good job on the defensive boards.”

BNL’s edge? Spreen is the scoring (16.4) and rebounding (6.0) leader, while Norman (14.3) has been the backcourt spark. What the Stars have proven lately is their versatility. When Spreen has been slowed, Norman has been terrific (a career-high 30 points against Warren Central). When Norman has struggled, the so-called role players have stepped forward. Carlee Kern, Mallory Pride and Madisyn Bailey have taken turns with crucial contributions, proving that emphatically during the 47-43 win at Castle on Saturday.

East coach Danny Brown offered a one-sentence assessment: “We have to be at our best on Tuesday.”

“Carlee, Mal and Madisyn have all taken it upon themselves, when they have to score, they can do that,” Allen said. “That helps eliminate that problem. We have other weapons that can contribute.”

BNL’s challenge will be solving East’s zone, which can be extended into trapping mode with all the rim-protecting length on the back line. The Stars will also count on their defense (which allowing only 36.8 points per game) to slow down East (sixth in the state at 64.9 per game).

“It will be ball movement, understanding where the open areas are, and making shots,” Allen said. “We cause them some problems if we get out in transition. It will be a battle of wills. It will be how we begin the game. If we play well, I like our chances. The conference title is something we always make a priority. We have a chance to take a great step toward securing that.”

BNL’s last HHC title came in 2020, which it shared with Jeffersonville. In fact, BNL’s last outright championship came in 2015.

“Obviously we want to win the HHC because it’s a big deal,” Norman said. “But I hate to lose. We all do. So I want revenge from last year.”

Last meeting: Last year at East, the Olympians got off to a 24-3 start and edged the Stars 67-66 en route to the HHC title. Koryn Greiwe had 22 points for East. Irye Gomez scored 20 points for BNL.