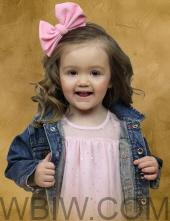 BARTHOLOMEW CO. — According to an autopsy 2-year-old Emma Sweet died of complications of hypothermia and asphyxia due to drowning.

Emma’s body was found on Nov. 28 in the White River, days after duck hunters found her father, Jeremy Sweet, inside a submerged truck. Jeremy was arrested on charges of neglect of a dependent resulting in death and unlawful possession of a syringe.

Dr. Sozio wrote Emma was placed into a dangerous environment by an adult caregiver and likely suffered hypothermia due to the cold weather and or drowning.

“No actions were taken by her adult caregiver to rescue Emma Sweet from the dangerous environment and this inaction resulted in her death and thus the manner of death is homicide,” Sozio wrote.

“I would especially like to thank the volunteer fire departments, Prosecutor Greg Long, and the Bartholomew County Coroner’s Office,” Myers said in the release. “It takes a lot of people working together in incidents like this, and I am extremely impressed with the professionalism across all agencies.”

The Bartholomew County Prosecutor William Nash is also seeking a habitual offender charge against Jeremy Sweet. According to the court records a change of plea hearing is scheduled for 9 a.m. on April 4th in Bartholomew Superior Court 1.