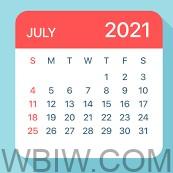 In July 2021, a woman was sentenced to prison for the starvation death of her stepson. Lauren Brown was crowned Lawrence County queen

Woman sentenced in starvation death of her stepson

Monroe Circuit Court Judge Christine Talley Haseman on Friday, July 16, 2021, sentenced 27-year-old Dayana Medina-Flores to the maximum sentence of 65 years in prison for the May 2019 starvation death of her stepson 12-year-old Eduardo Posso.

Eduardo was chained, beaten, and shocked with an electric dog collar, then left alone in the bathroom of the Economy Inn in Bloomington for weeks.

According to a probable cause affidavit, Eduardo was brought unconscious to the hospital by his father 34-year-old Luis Eduardo Posso Jr at 2:52 a.m. on May 24, 2019, and was pronounced dead at 3:05 a.m.

Police examined the couples’ phones and found videos of Eduardo restrained in a bathtub at Economy Inn. Posso even took a selfie in the bathroom with his son restrained in the background, police said.

Posso Jr. remains in the Monroe County Jail on charges of murder, neglect of a dependent resulting in death, neglect of a dependent with cruel confinement, criminal confinement with bodily injury, and battery resulting in bodily injury.  He faces life behind bars without the chance of parole. His trial has been postponed, no new trial date has been set.

Lauren Brown, daughter of Kyle and Stacey Brown and the late Ben Nobles has been crowned the 2021 Lawrence County 4-H Fair Queen.

In 2018, she was the Indiana Volunteer Firefighters Association District 17-B Miss Flame and served four years as the sheep club president. Brown is a 10-year 4H member and has participated in Sheep Club, Beef Club, and was a member of the FFA during her high school career. She enjoys camping, hunting, and fishing.

Brown is currently employed at Bedford Federal Savings Bank and attending Ivy Tech to obtain a degree in business. She plans to continue her passion in the banking industry and aspires to become a loan officer.