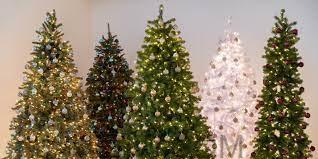 The most popular time to put up Christmas decorations is the weekend after Thanksgiving. Our respondents say Saturday afternoon is ideal, followed by Friday evening or Saturday morning. People spend about three hours decorating, on average, and $70 on new decorations. Forty-three percent say they like to have a drink while they work.

Lombardo Homes, recently surveyed 1,000 Americans, and analyzed more than 1,500 Christmas decoration search terms in Google, to find out who’s decorating the most, what’s trending this year, and once and for all, whether people prefer real trees or fakes.

It’s beginning to look a lot like Christmas in Indiana and you may notice a lot of nativity scenes.

They’re the top holiday decor choice among people in Indiana.

Ohio and Pennsylvania rank number one and two for decoration searches per capita, and Michigan is also in the top 10. Meanwhile, residents of Nevada—a bulk of whom live in and around Sin City—are apparently too naughty for Christmas, ranking last out of all qualifying states in the analysis.

Americans are certainly divided on how they prefer their trees, but a majority (65%) prefer artificial over real. The ideal height for a tree is six to seven feet but one in three Americans like their trees petite, under four feet. When it’s time to add a topper, angels outrank stars.

Predictably nativity scenes are the third most popular decoration in the country. Much less predictably, Grinch-themed decorations outrank snowflakes, snowmen, and Santa.

Window candles are very popular in New England but not so much elsewhere. While trees, lights, and wreaths dominate the search volume in most states, we analyzed which decoration is most unusually popular in each state.

The southwest has gone Grinch-crazy, the southeast is keeping things tree-ditional, and in the Pacific, Hawaii is the state most hungry for gingerbread.

For 22 percent of Americans, decorations come down the week after Christmas, while everyone else waits until New Year’s Day or after. Of course, it’s not about when you take them down, it’s how you feel when they’re up! On that parting note, we wish you all a well-decorated Christmas and a happy holiday season.