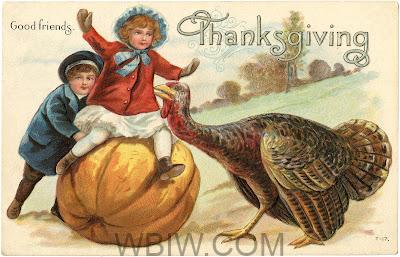 INDIANA – Thanksgiving has been celebrated on the fourth Thursday in November since 1941 – this year families will be gathering around their dinner tables on November 25.

Of course, the idea of “thanksgiving” for the harvest is as old as time, with records from the Egyptians, Greeks, and Romans. The Native Americans, too, had a rich tradition of giving thanks at harvesttime feasts long before Europeans appeared on their soil. And well after the Pilgrims, for more than two centuries, days of thanksgiving have been celebrated by individual colonies and states.

Prior to the formal establishment of Thanksgiving, harvest festivals had been celebrated for centuries by Native Americans, with colonial services dating back to the late 16th century. The autumnal feasts celebrated the harvest of crops after a season of bountiful growth.

The first national celebration of Thanksgiving was observed for a slightly different reason than a celebration of the harvest – it was in honor of the creation of the new United States Constitution. In 1789, President George Washington issued a proclamation designating November 26 of that year as a “Day of Publick Thanksgiving” to recognize the role of providence in creating the new United States and the new federal Constitution.

Washington was in his first term as president, and a young nation had just emerged successfully from the Revolution. Washington called on the people of the United States to acknowledge God for affording them “an opportunity peaceably to establish a form of government for their safety and happiness.” This was the first time Thanksgiving was celebrated under the new Constitution.

While Thanksgiving became a yearly tradition in many communities celebrated on different months and days that suited them it was not yet a federal government holiday.

Thomas Jefferson and many subsequent presidents felt that a public religious demonstration of piety was not appropriate for a government type of holiday in a country based in part on the separation of church and state. While religious thanksgiving services continued, there were no further presidential proclamations marking Thanksgiving until the Civil War of the 1860s.

It wasn’t until 1863, in the midst of the Civil War, that President Abraham Lincoln proclaimed a national Thanksgiving Day to be held each November.

President Lincoln made a proclamation marking Thursday, November 26, 1863, as Thanksgiving. Lincoln’s proclamation harkened back to Washington’s, as he was also expressing gratitude to God and thanks to the Army for emerging successfully from the Battle of Gettysburg. He enumerated the blessings of the American people and called upon his countrymen to “set apart and observe the last Thursday of November next, as a day of Thanksgiving and Praise.” As of that year, Thanksgiving was celebrated on the last Thursday in November.

In 1939, President Franklin D. Roosevelt changed Thanksgiving from the last Thursday in November to the second-to-last Thursday. It was the tail-end of the Depression, and Roosevelt’s goal was to create more shopping days before Christmas and to give the economy a boost. However, many people continued to celebrate Thanksgiving on the last Thursday in November, unhappy that the holiday’s date had been meddled with. You could argue, however, that this helped create the shopping craze known as Black Friday.

In 1941, to end any confusion, the president and Congress established Thanksgiving as a United States federal holiday to be celebrated on the fourth Thursday in November, which is how it stands today.

Today, folks celebrate Thanksgiving for a multitude of reasons. For some, it remains a way to express gratitude for the harvest, for family, or to a higher power; for others, it’s a holiday built upon simply being with family and enjoying delicious food.

We give thanks to you, our 1340 AM WBIW, Super Oldies 105.5 WQRK, and Litefm 102.5 WPHZ community, and wish you a Thanksgiving feast that is both filling and full of grace this year!