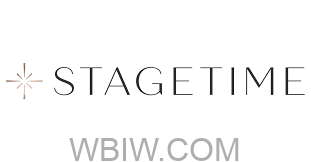 BLOOMINGTON – Flywheel Fund, a member-managed capital fund run by The Mill, today announced a $75,000 follow-on investment in Stagetime, as part of a $1.55MM raise led by Hyde Park Angels with participation from M25, IU Angel Network, and others. Stagetime is a networking platform for the performing arts industry founded by Jennie Moser in 2019.

Pat East, Executive Director of The Mill, a nonprofit center for entrepreneurship, commented, “Stagetime holds a unique place in our hearts at The Mill as Jennie was a Mill member even before she founded her company. Jennie Moser’s vision, her drive, and leadership have been honed through her experiences as an opera singer, a web design business owner, and now a tech CEO. It’s very satisfying to see the VC community recognize the unique value proposition she’s creating in Stagetime. Flywheel Fund is proud to play a small role in her growing success.”

Flywheel Fund was founded in July of 2020, and Stagetime was its first investment. Stagetime was also the winner of The Mill’s Crossroads Pitch Competition in 2020.

“Our partnership with Flywheel Fund has generated benefits far beyond capital,” Moser said in a statement. “Not only has the fund followed on in our subsequent fundraising round, but the connections and buzz from the network have been significant in securing other investors, sourcing talent, industry connections, and more. Flywheel Fund clearly has the founder top of mind, which makes for a great partnership when it comes to doing business that benefits both the company and the investors – everyone wins.”

The Series A raise marks a significant milestone in the startup’s growth, according to Moser, and will allow Stagetime to aggressively grow its user base and refine the platform. Stagetime expects to launch a new casting tool in spring 2022 to support industry professionals in planning for future talent needs.