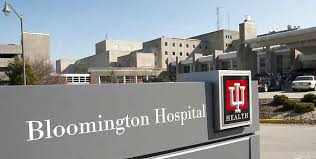 “December 5th is going to be a very busy day as our teams work to transport patients from the current facility over to the new IU Health Bloomington,” said Brian Shockney IU Health South Central Region President. “It’s an exciting time, and a time of reflection as we decommission the legacy site that has meant so much to the community we serve.”

Decommission and demolition work will start on Monday, Dec. 6 in preparation to turn the land over to the City of Bloomington.

This decommissioning process for the current facility will include building a fence around the property, which is expected to be installed starting in mid-November. The fence is constructed for the safety of the neighborhood and community around the site.