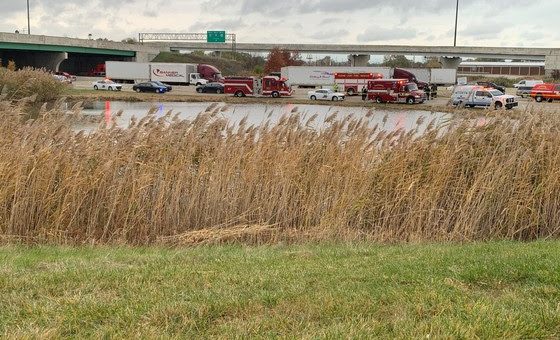 HAMMOND- Thursday afternoon, the Indiana State Police were dispatched to the area of I-80 and the Kennedy Avenue ramp for a report of a person in a retention pond.

The pond is located on the south side of the ramp from I-80 eastbound to northbound Kennedy Ave.  When troopers arrived at the scene, they spoke to a construction worker who showed them what appeared to be a body in the retention pond.

The Hammond Fire Department also arrived on the scene and immediately entered the water, removing the body from the pond

It was apparent that the body, a black female whose age appeared to be less than five years old, was deceased.  This is an ongoing investigation.

The child was identified as one-year-old Jaclyn Angel Dobbs, of Deerfield, Illinois.

State Police detectives are currently following up on leads while working with the Major Crimes Assistance Team (MCAT), which is comprised of multiple law enforcement agencies in Illinois, on this case.

The investigation into the cause of death continues as an autopsy has been scheduled for Friday morning.