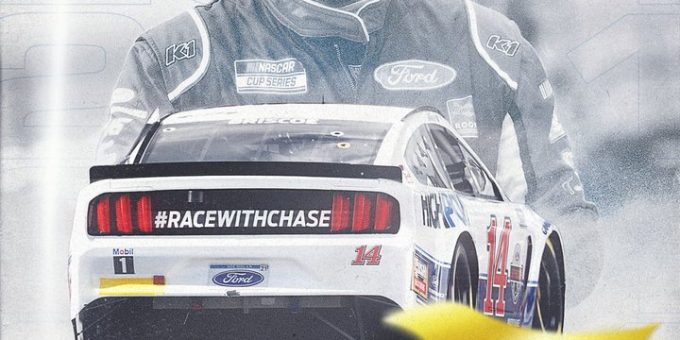 PHOENIX – Chase Briscoe is the second-straight Stewart-Haas Racing driver to win Rookie of the Year honors, following up on Cole Custer winning the award in 2020.

When the checkered flag fell at Phoenix Raceway on Sunday, among the drivers to put a bow on a successful 2021 NASCAR Cup Series season was Chase Brisoe. Despite crashing out due to a left rear tire failure and finishing 35th, the Mitchell, Indiana driver will now forever be remembered as the top first-year driver in his class.

Chase Briscoe was officially named the Sunoco Rookie of the Year in the NASCAR Cup Series for 2021 at the conclusion of Sunday’s season finale at Phoenix, allowing him to put two hands on an award he already effectively had wrapped up. Briscoe’s Rookie of the Year title was secured by virtue of his performance throughout the season, which saw him be the top-finishing rookie over ROTY rival Anthony Alfredo 29 times compared to Alfredo’s seven.

The 2021 NASCAR Cup Series season was indeed one of the most remarkable in recent memory, as Kyle Larson’s dominant season en route to the Championship was complemented by a high amount of parity and competition throughout the field. While Larson led all drivers with 10 wins, a total of 16 different drivers and eight different race teams visited Victory Lane.

Larson’s 10 wins were more than double the total won by the next-winningest drivers, as Martin Truex Jr. and Alex Bowman tied for the best of the rest with four wins. There were three first-time winners during the season, with Michael McDowell and Christopher Bell scoring their maiden wins at Daytona and Bubba Wallace scoring his first win at Talladega.

The 2022 season begins with a non-points exhibition race Feb. 6 at the Los Angeles Memorial Coliseum before kicking off its 36-race slate of points-paying events with the 64th Daytona 500 on Feb. 20 at Daytona (Fla.) International Speedway. FS1 will broadcast the Busch Clash at the Coliseum, and FOX will broadcast the Daytona 500. Each event will be live and can also be heard on SiriusXM NASCAR Radio.